Lotus Thief is a San Francisco band that merges post-black metal, space rock and ambient music, seamlessly blending the genres into a unique and greater musical whole. Originated by two members of celebrated "green metal" group Botanist - drummer Otrebor and multi-instrumentalist / composer Bezaelith - Lotus Thief is its own entity; a project with a stated purpose of "lauding knowledge and illuminating ancient words and art through song". Lotus Thief released its first album, "Rervm" in 2014 to strong fan and critical acclaim. The debut was hailed as "a splendid record" and "one that establishes Lotus Thief as a band to watch for the future".

Now, two years after the release of "Rervm", Lotus Thief presents its new album, "Gramarye", which significantly expands the themes defined on the band's debut.
Whereas "Rervm" set passages from Roman poet and philosopher Lucretius' "De Rerum Natura" to music and speaks to the science of learning, "Gramarye" explores yet another aspect of human knowledge: the realms of belief. The record's overarching theme is subsumed in its very title: the word "Gramarye" is a Middle English modification of a Middle French word meaning 'grammar book' or 'book of sorcery'.
"Gramarye" compiles five different antique source texts that span nearly two thousand years and five different civilizations, ranging from the ancient Egyptian funerary passage "The Book of the Dead", to Homer's "Odyssey" and the medieval "Merseburg Incantations" (one of the only pagan incantations still in existence in Old High German) through to the Aleister Crowley-penned early 20th century occult literature, "The Book Of Lies".

The lyrical depth that "Gramarye" possesses is mirrored in its music, which is more riffheavy, dynamic-laden and varied in both pace and mood than "Rervm", yet preserves and cements the trademark sound Lotus Thief has already achieved at this very early juncture of its career. During the writing sessions for the new record, the band promised "something entirely different and beautiful in its own new way" and with "Gramarye", Lotus Thief has delivered that guarantee tenfold. 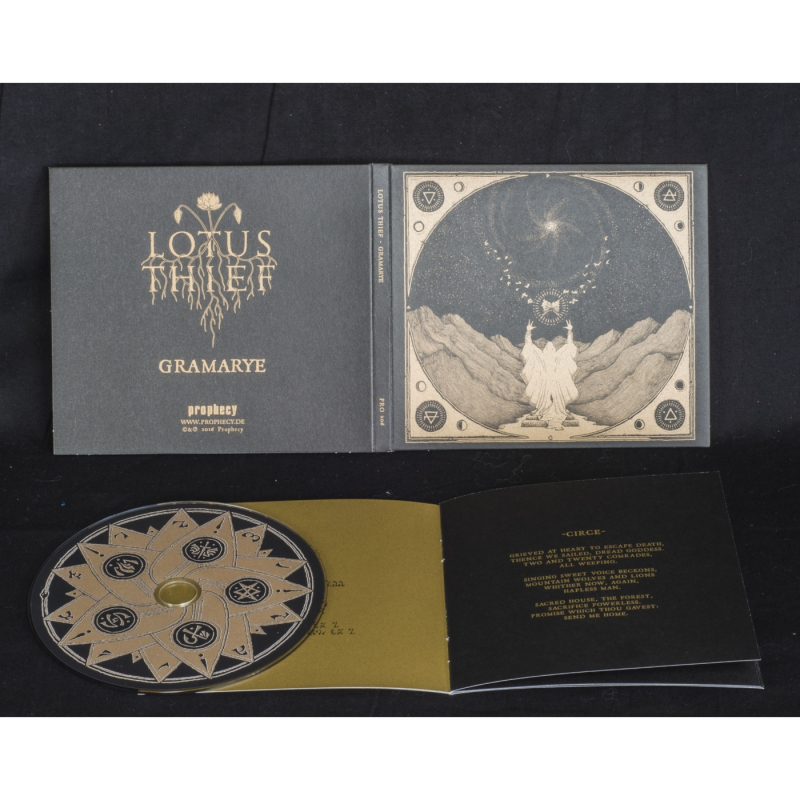 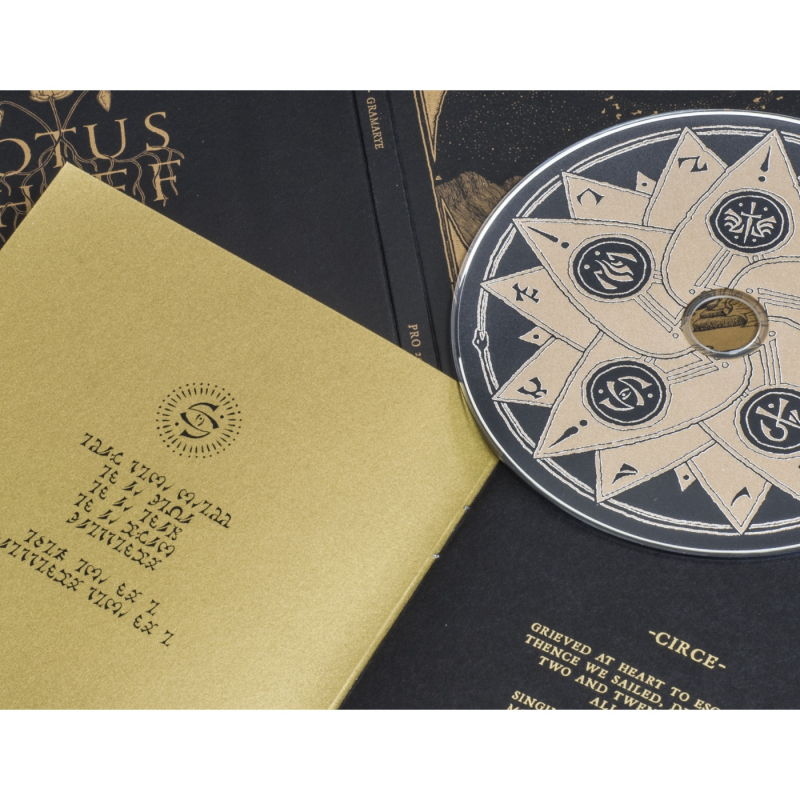