Crone is a dark rock band from Northern Germany, led and shaped by Secrets of the Moon mastermind Phil 'sG' Jonas and Markus Renzenbrink (Embedded). "Godspeed" is the group's first full-length LP and follow-up to Crone's 2014 debut, "Gehenna", an EP hailed as "morose, thick, melodic music for cloudy days".

A conceptual album with song titles and themes inspired by real life tragedies and mysterious events, "Godspeed" pairs heavy subject matter with emotionally-charged music. Each track on the record is a cenotaph to a real life person(s) that met an unfortunate or untimely demise; each track a touching testimonial to an incredible instance in time. "The Ptilonist" is about inventor and parachuting pioneer Franz Reichelt who jumped to his death from the Eiffel Tower while testing a wearable parachute of his own design. "H" pays homage to stage actress Peg Entwistle who, in 1932, jumped to her death from the giant letter "H" on California's famous Hollywood sign. Cuts like "Mother Crone", "The Perfect Army", "Leviathan's Lifework" and others are epic, electric eulogies, each with its own odd tale to tell!

On a purely musical level, "Godspeed" is a compelling and cathartic marriage of alternative rock energy and hard rock grit. Crone crafts hypnotic harmonies and haunting melodies that would easily find favor with fans of Alice In Chains, Opeth, Crippled Black Phoenix and Ghost. With "Godspeed", Crone creates bleak music that's not consumed by darkness. 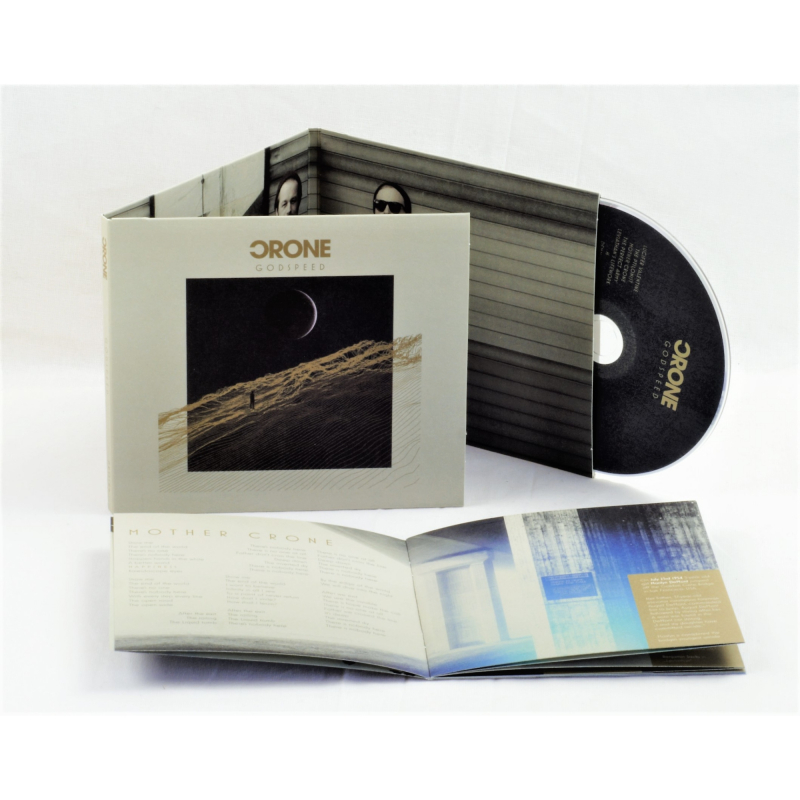 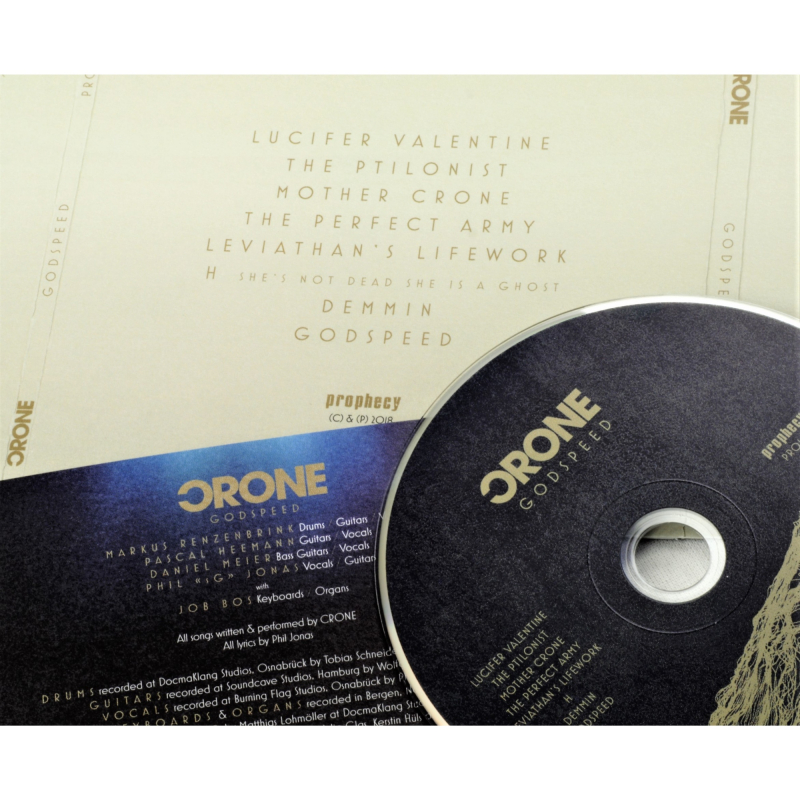 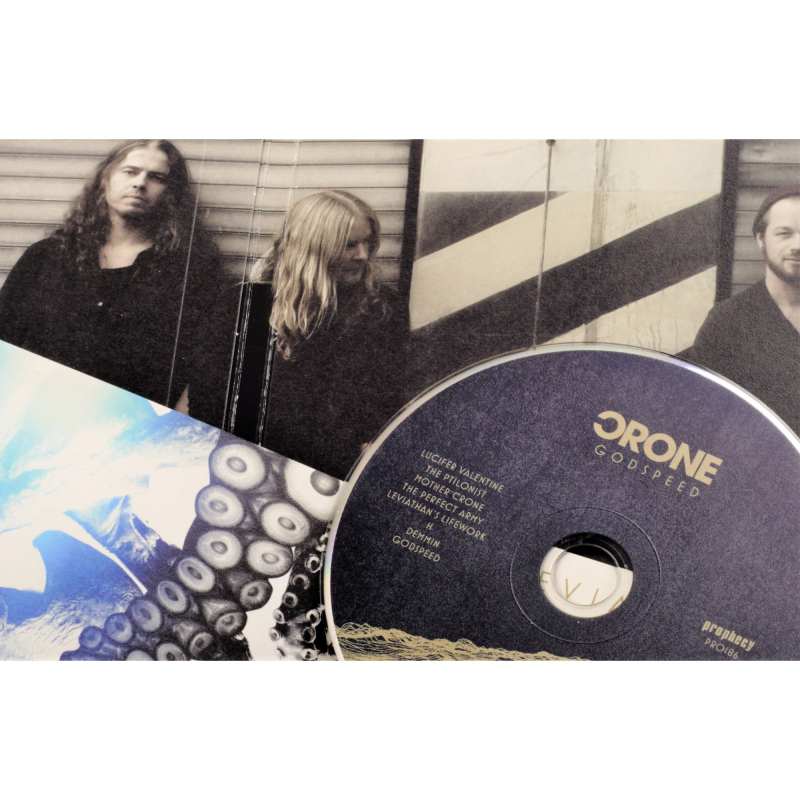