ARCTURUS have continuously spearheaded the metal avant-garde of their Norwegian home land and far beyond until this day, ever since the band emerged from the bubbling cauldron of Oslo's creatively bursting, fast rising underground black metal scene with the two-track 7" "My Angel" in 1991.
With then-guitarist and formidable keyboard player Sverd taking the helm and forming the act's core together with MAYHEM drum-beast Hellhammer, ARCTURUS released a string of classic albums that were recorded with the notable inclusion of ULVER frontman Kristoffer "Garm" Rygg until 2003. The band's early material including all recordings with Garm will finally be released as lavish limited collectors' editions under the title "Stars and Oblivion – The Complete Works 1991 – 2002" that contain a wealth of rare and previously unreleased bonus materials.
The luxurious limited box sets consist of audiophile black and clear vinyl editions that each contain 6 vinyl albums and a 7-CD, 72-page hardcover artbook. The vinyl albums include all four legendary albums of the "Garm-period": "Aspera Hiems Symfonia", "La Masquerade", "Disguised Masters", and "The Sham Mirrors" as well as another album that combines both early EPs "Constellation/My Angel" with the addition of 2 "My Angel" rehearsal tracks. The extra sixth vinyl album, entitled "X-Tapes" is a very special collection of ultra-rare and previously unreleased material from ARCTURUS' personal archives including private cassettes of rehearsals, drunken jams, and even two live tracks from 1995. All of the previously listed albums will also be part of the artbook in CD format, which is included in the box-sets and also available separately as a limited item. The artbook features a seventh CD, which contains synthesizer compositions from ARCTURUS mastermind Steinar "Sverd" Johnsen.
What sets these luxurious editions audibly apart from previous reissues is the careful remastering of all material by long-standing guitarist Knut Magne Valle that diligently maintains the original spirit but enhances the sound to contemporary standards.
To do these musical masterpieces justice, renowned Romanian artist Costin Chioreanu created a fresh cover art for the boxes and the artbook. Additional artbook pages graphic design, enhanced original artworks commissioned by the band and for the bonus materials by Łukasz Jaszak. The 72-page hardcover artbook features an in-depth essay by music journalist Jeff Wagner, celebrated author of the book "Mean Deviation: Four Decades of Progressive Heavy Metal". To round things off, the box will furthermore contain a large ARCTURUS cloth flag and a limited edition patch.
"Stars and Oblivion – The Complete Works 1991 – 2002" constitute the definite collection of ARCTURUS classic early releases that created the foundation of this legendary Norwegian avant-garde metal band and that have stood the test of time. Available only as long as stocks last. 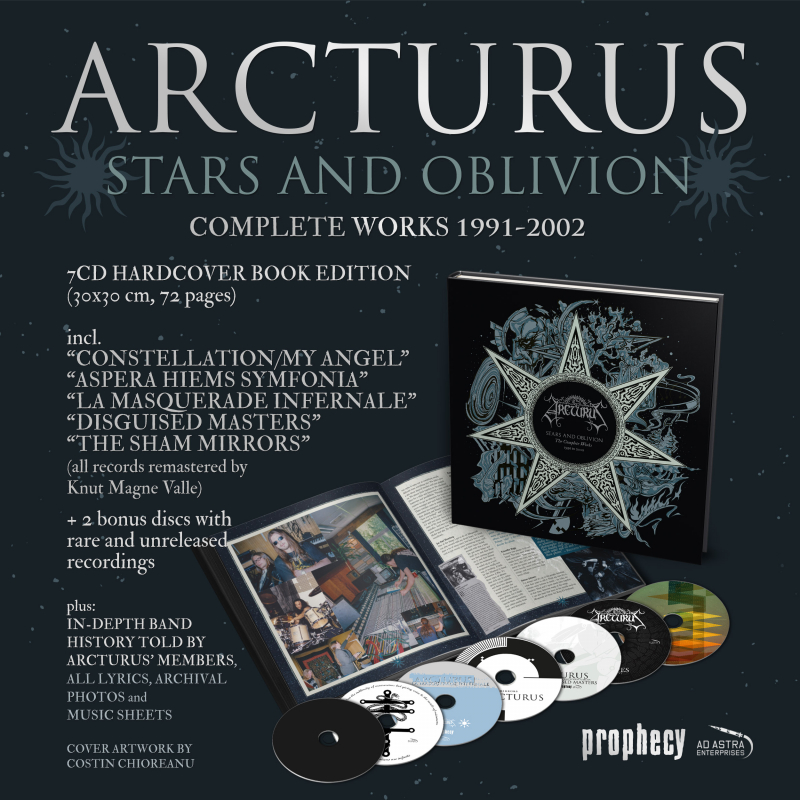 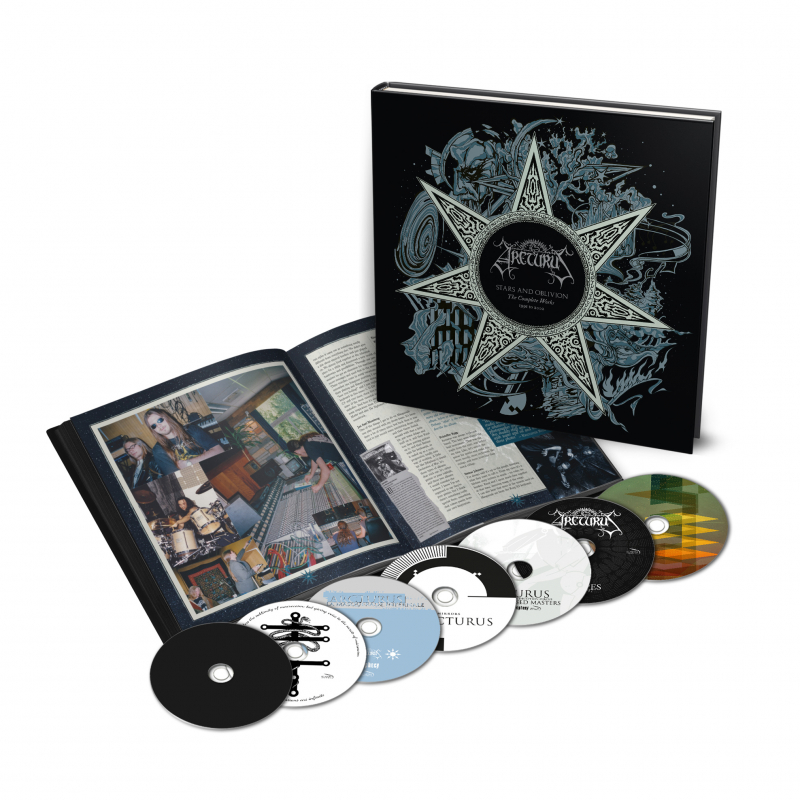 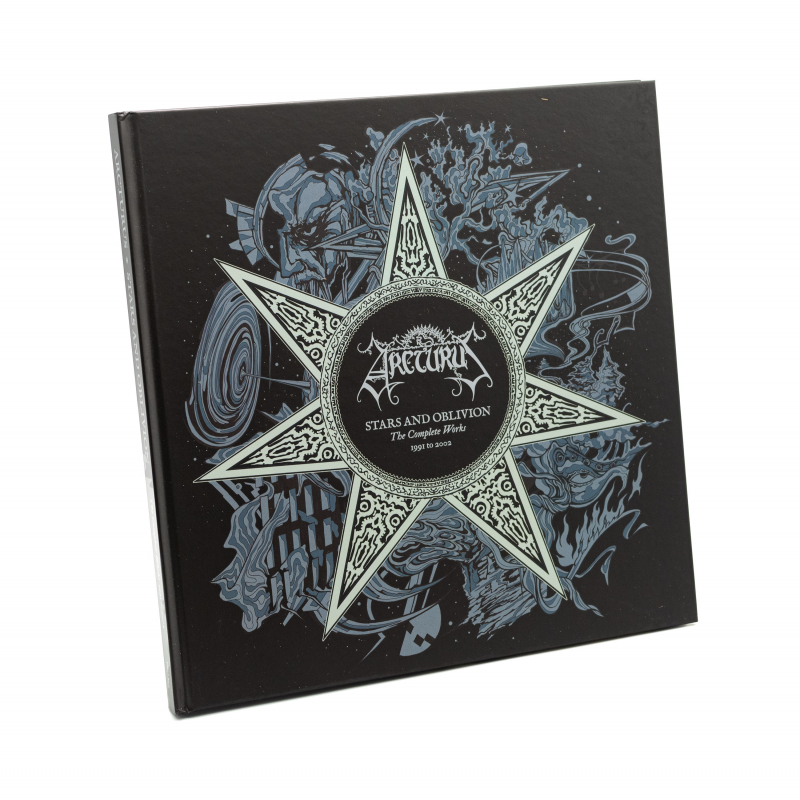 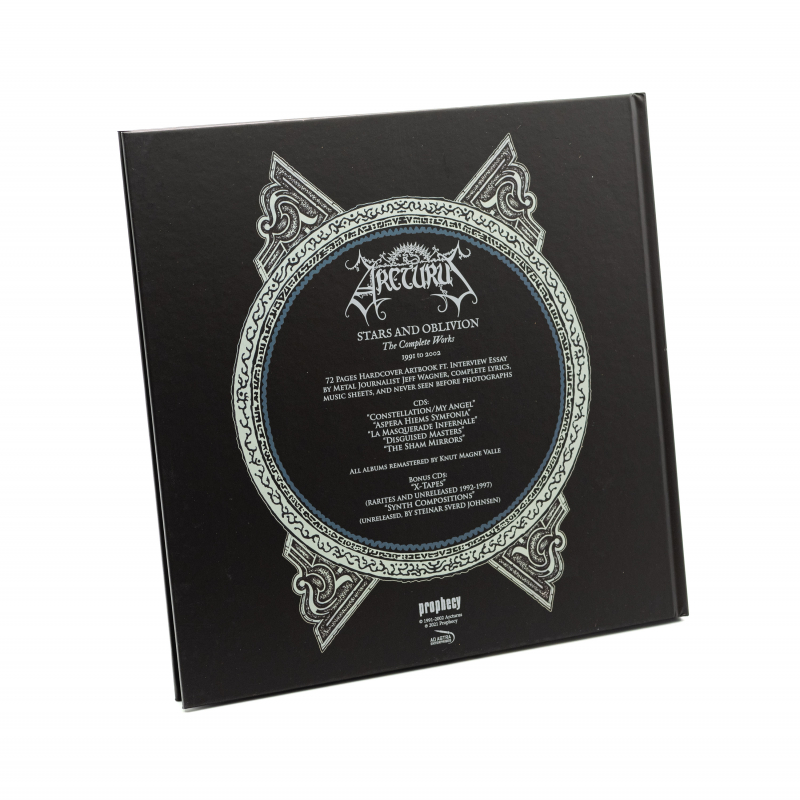 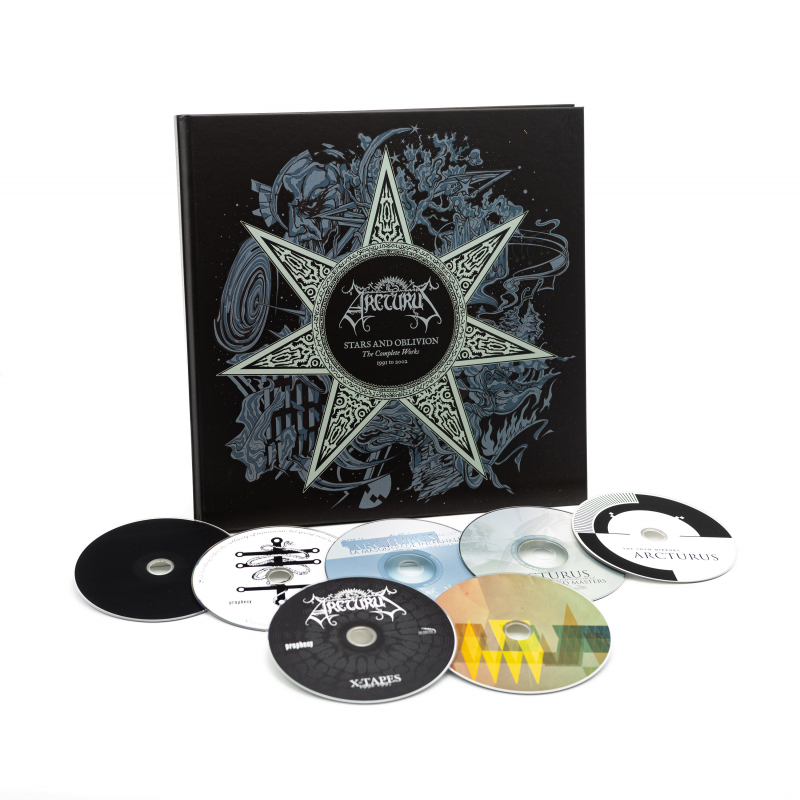 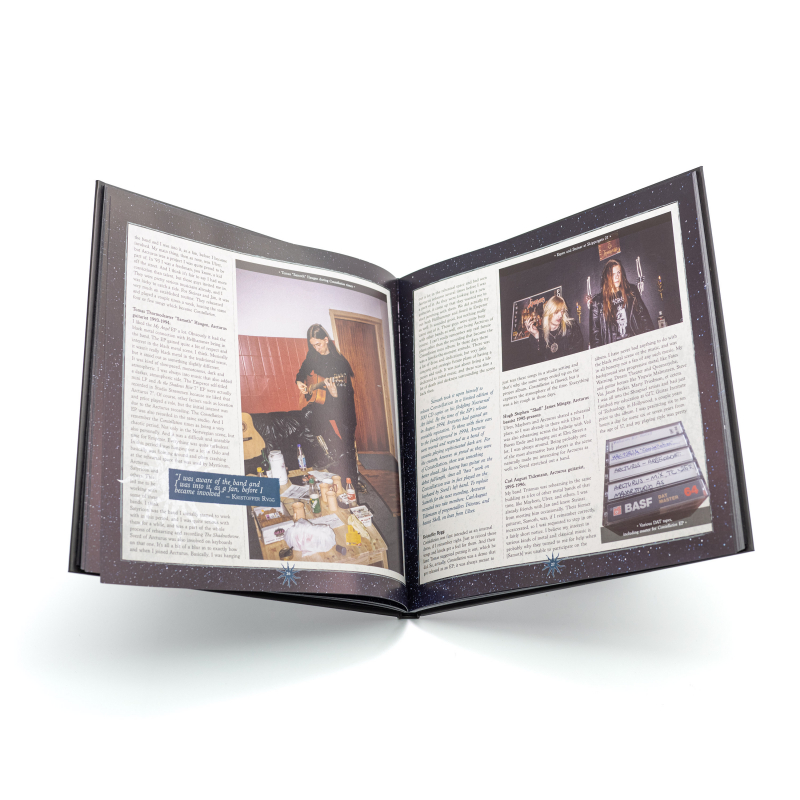 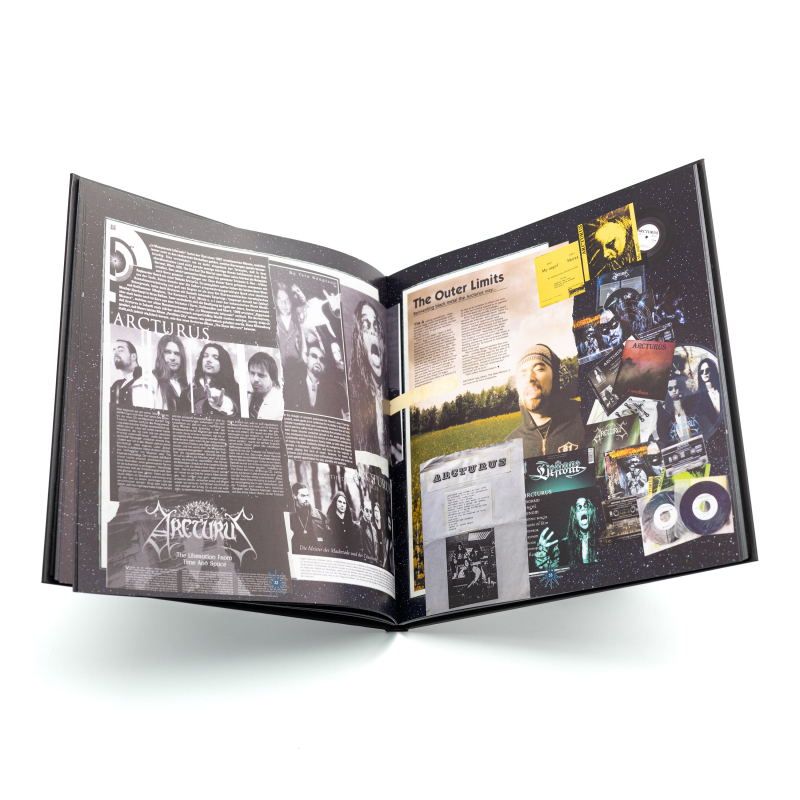 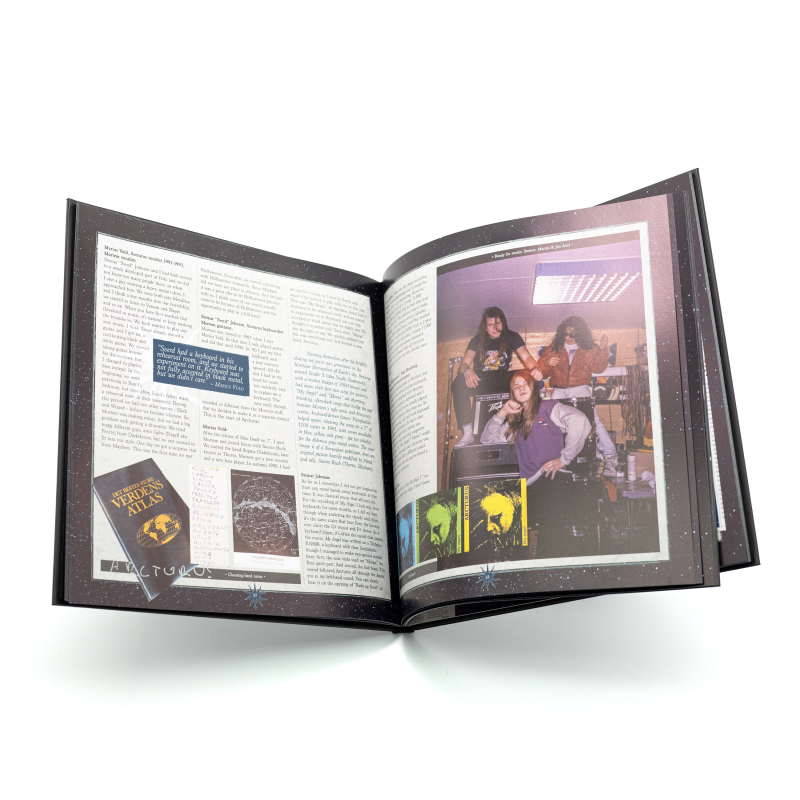 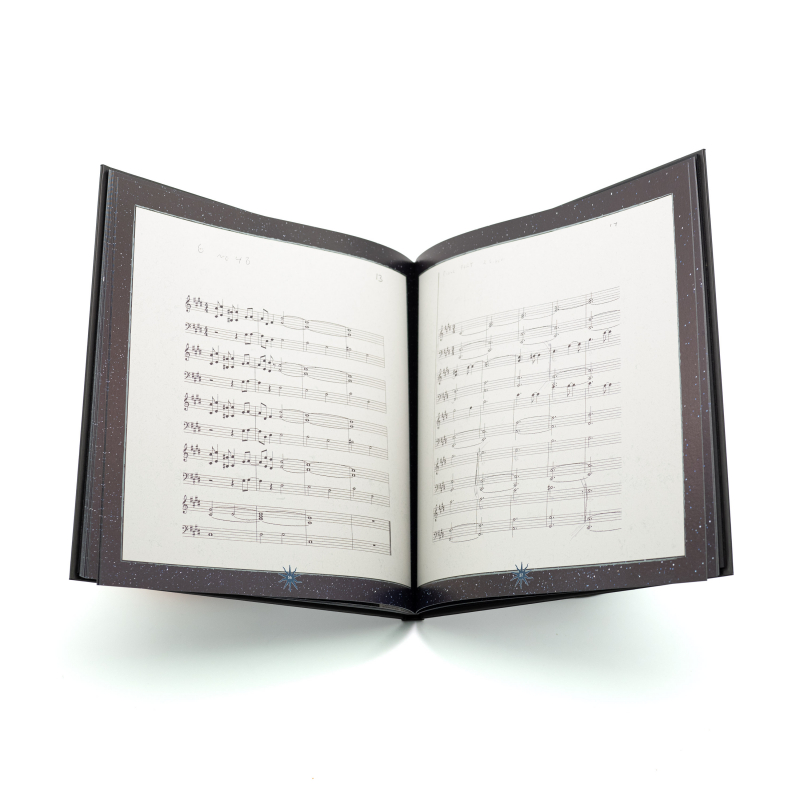 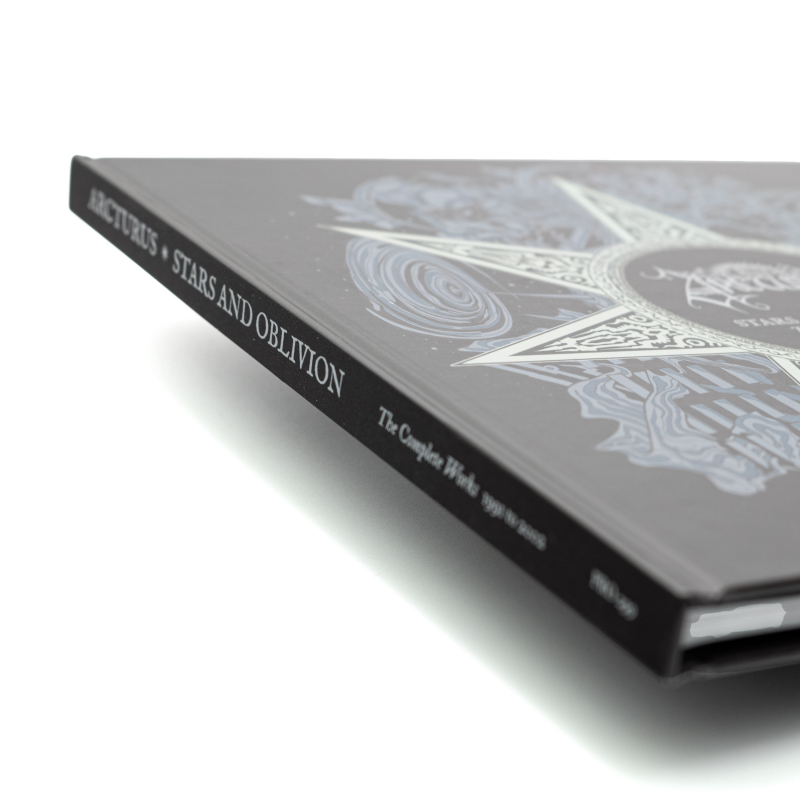 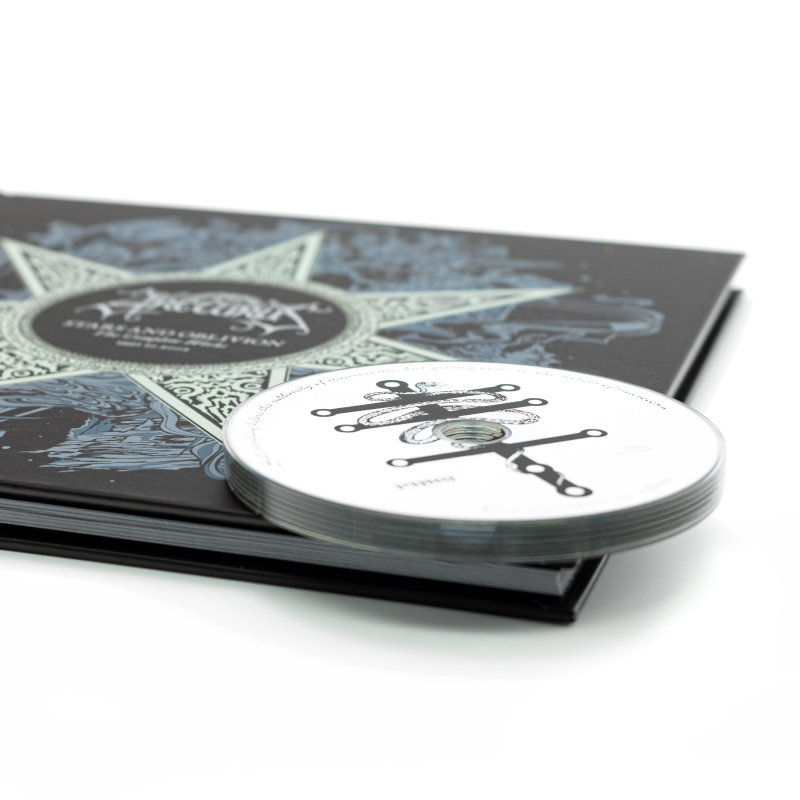