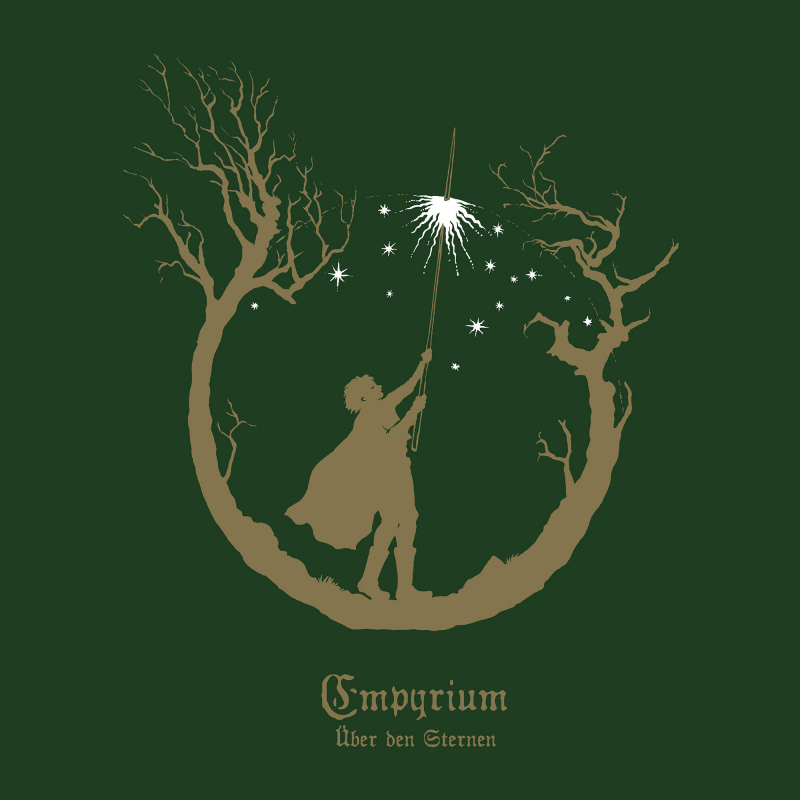 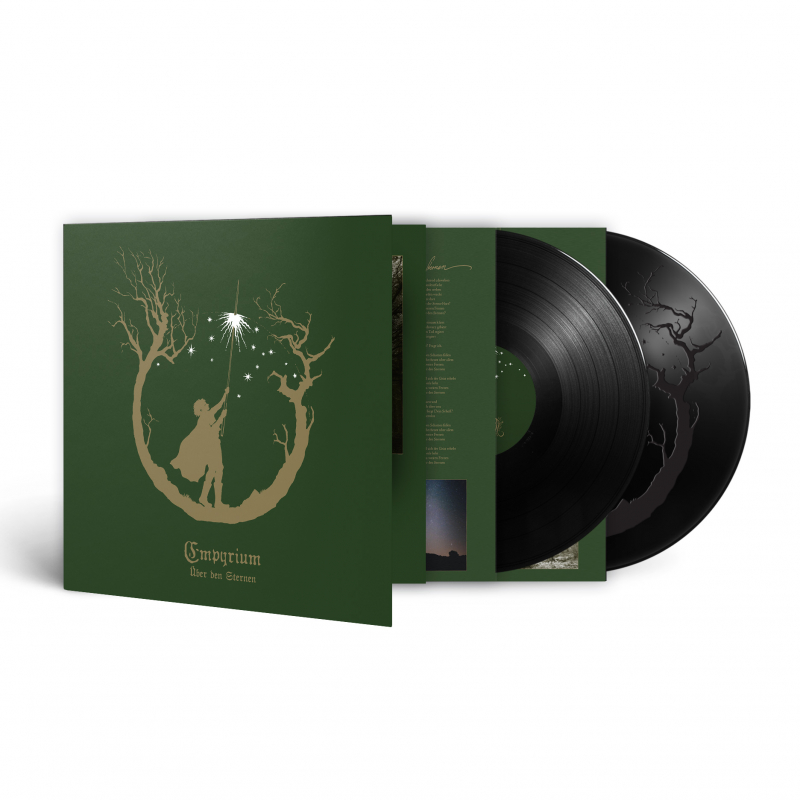 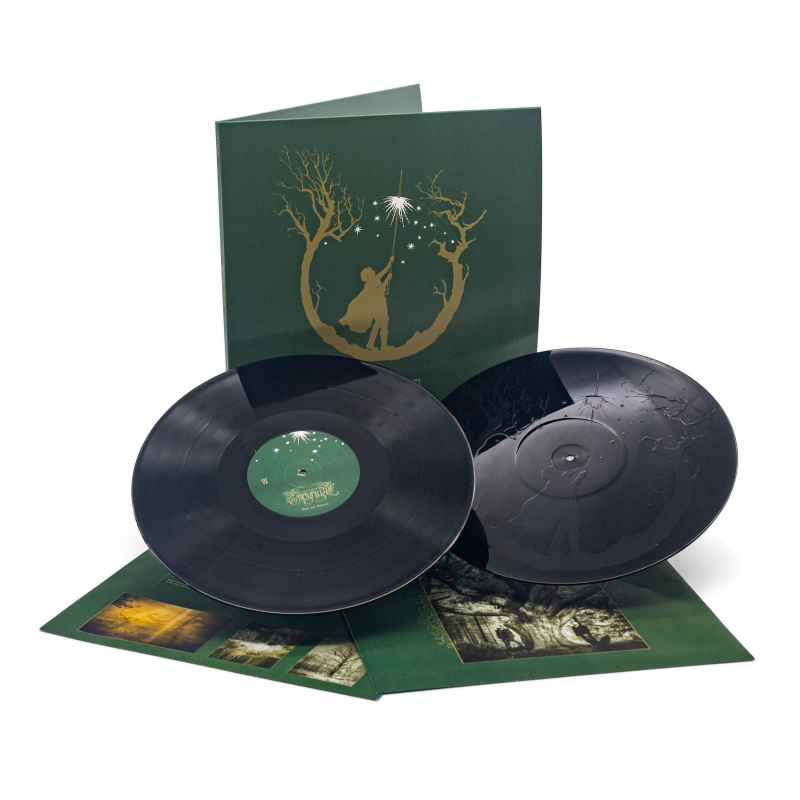 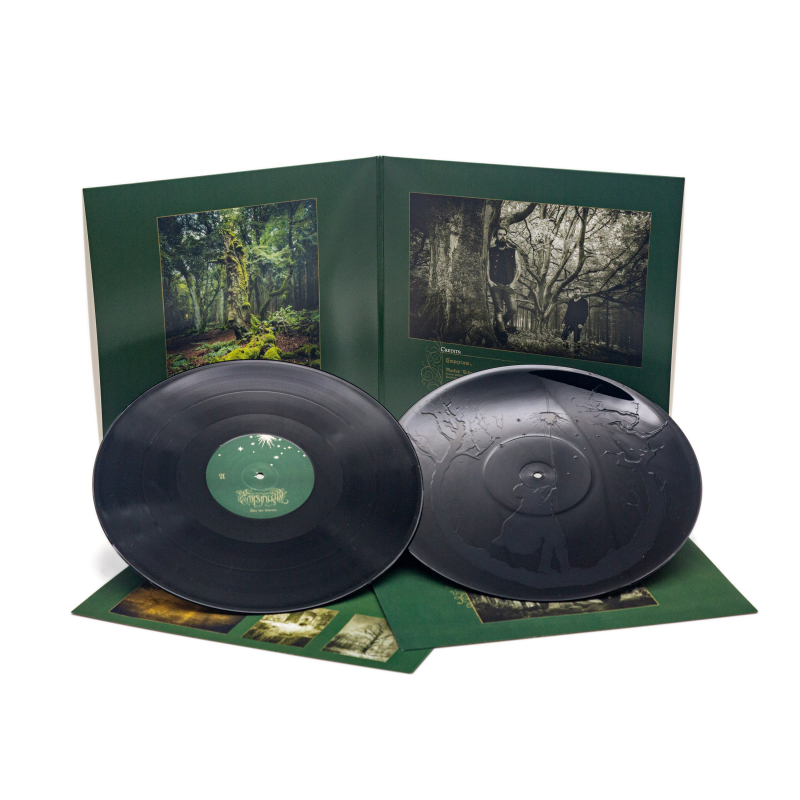 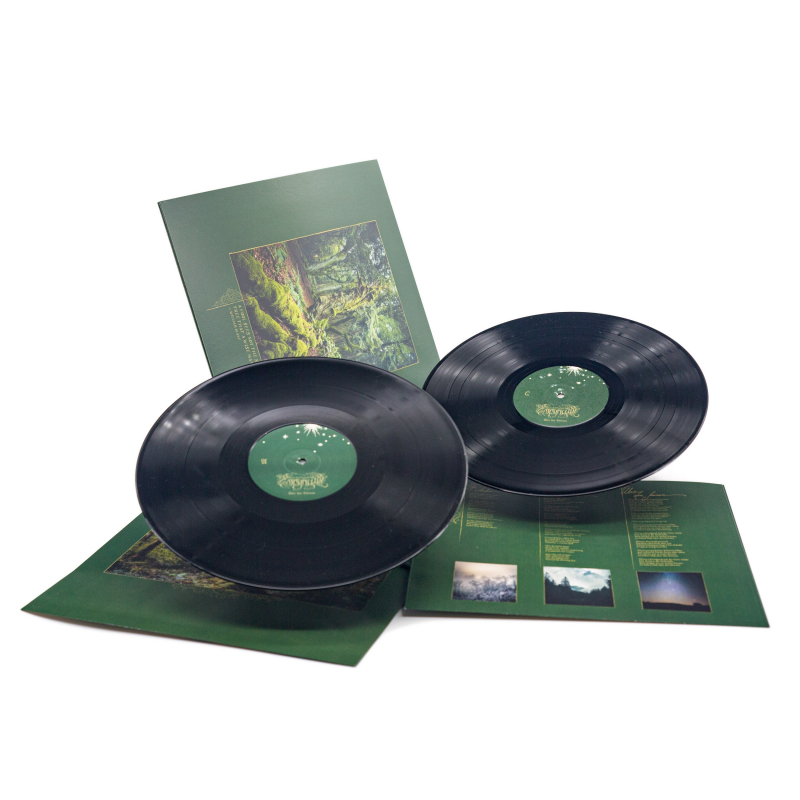 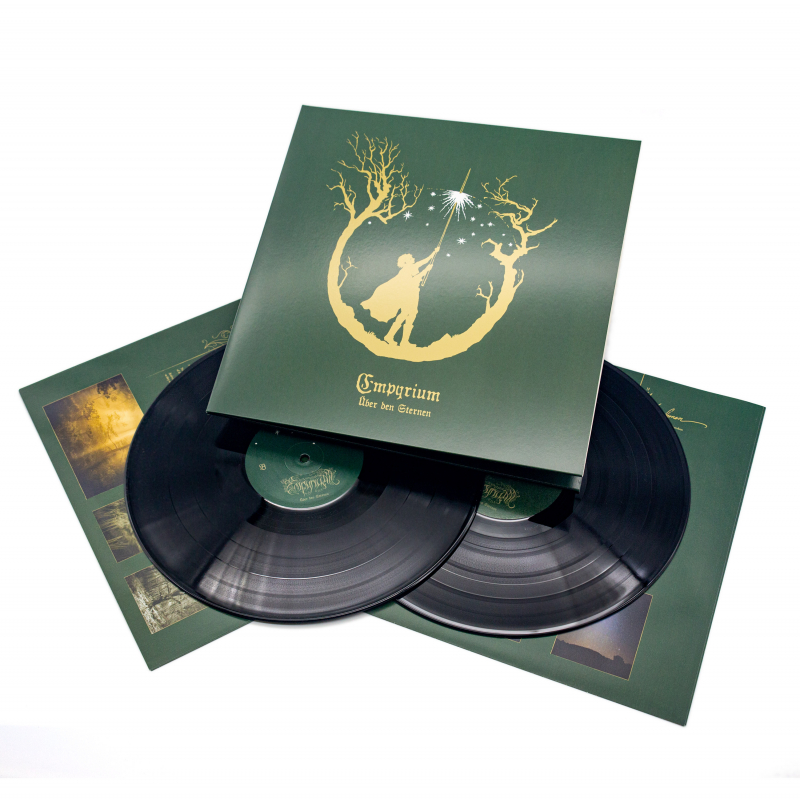 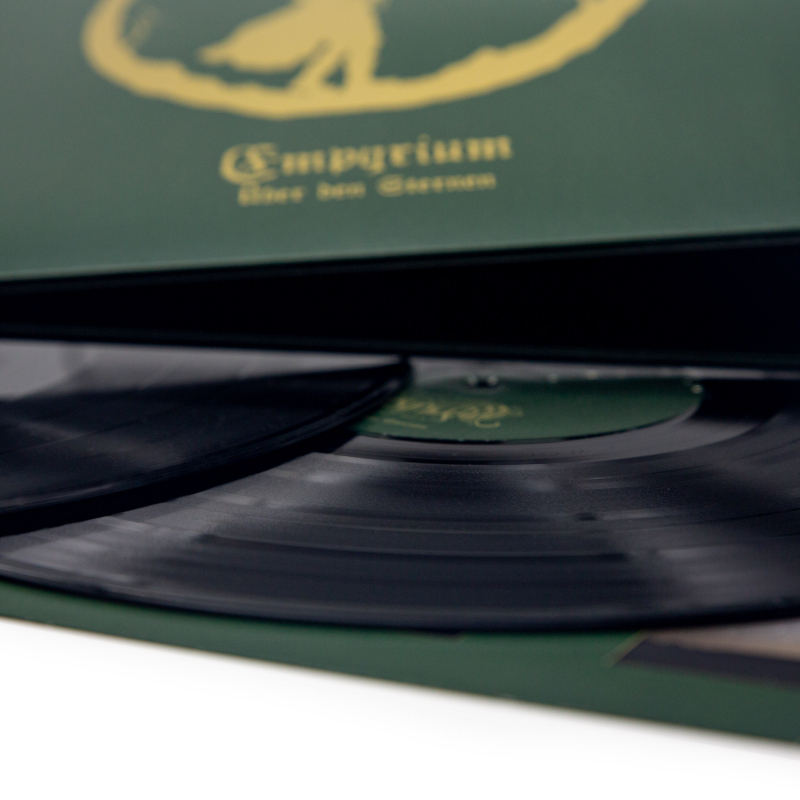 With their sixth full-length, "Über den Sternen", an allegorical German rendering of their band name meaning "Above the Stars", EMPYRIUM still draw from the magic and spirits of wild places, nature's beauty, and human relics of ages long past. "Über den Sternen" echoes this reconciliation of the old with the new on a musical level as well. The Franconian duo is putting more emphasis on the electric guitars and harsh vocals again, which marked their first two albums and stood strong upon the band's melodic black metal foundations. Yet EMPYRIUM also revisit the dark folk style, which the Germans had progressively embraced on their third and fourth albums.
What used to appear to be a crossroad in their musical development has now merged into one breath-taking sound. The combined force of mastermind, multi-instrumentalist, clean and extreme vocalist as well as producer Markus "Schwadorf" Stock and classical singer Thomas Helm, who lends his amazing voice also to the Bayerische Staatsoper in Munich, is painting a radiant sonic picture. It comes with the melancholic grounding of the sophomore album "Songs of Moors & Misty Fields” (1997), adds brushstrokes of the fairy-tale tempera colours of "Where at Night the Wood Grouse Plays" (1999), and also makes use of a few hues from the palette that DEAD CAN DANCE have infused with world music, which EMPYRIUM have already employed on "The Turn of the Tides" (2014). The crowning varnish is diligently crafted from rougher elements that reach all the way back to the Germans' legendary debut " A Wintersunset…" (1996). EMPYRIUM have reconciled their early vintage sound with the acoustic expression of later recordings."
Staying true to the Romantic tradition, EMPYRIUM continue to take inspiration for their lyrical flights of fantasy from the local myths, ancient places, and natural wonders of the Rhön Mountains and their Lower Franconian homeland in the West of Germany. A circle is closing, and with EMPYRIUM's label Prophecy Productions, which were originally founded with the mission to release the band's debut album, celebrating their 25th anniversary in 2021, it happens in more than one way.

Tracklist:
1. The Three Flames Sapphire
2. A Lucid Tower Beckons On The Hills Afar
3. The Oaken Throne
4. Moonrise
5. The Archer
6. The Wild Swans
7. In The Morning Mist
8. Über den Sternen

Bonus track (only artbook and box)
9. The Crimson Heath