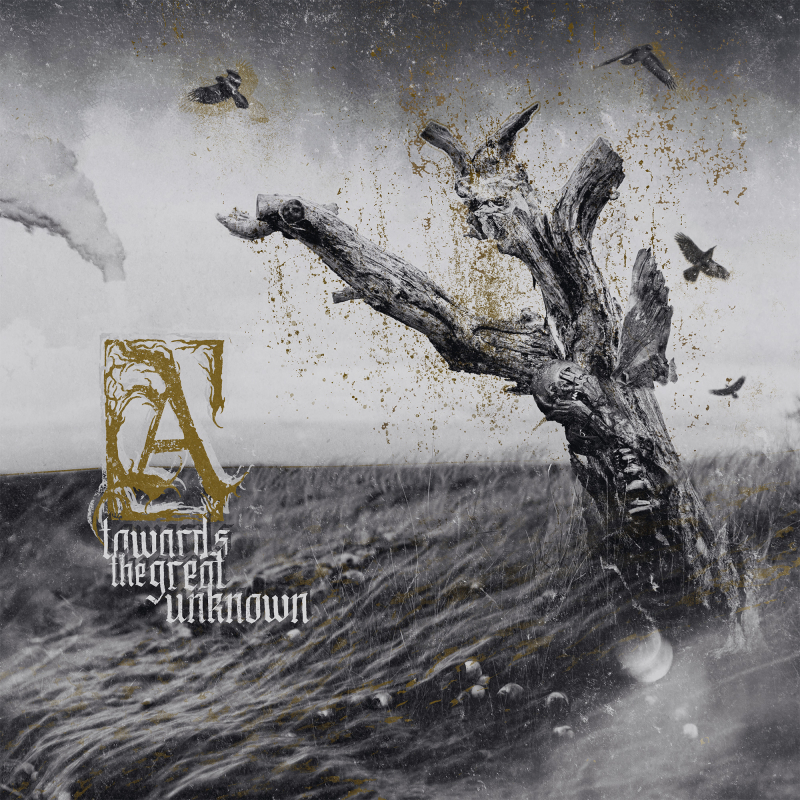 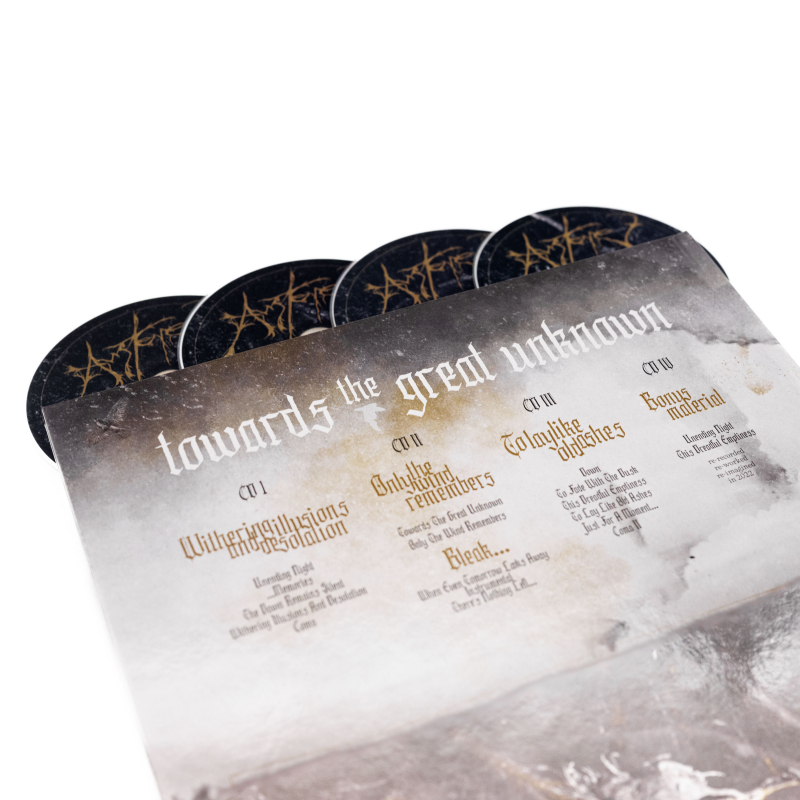 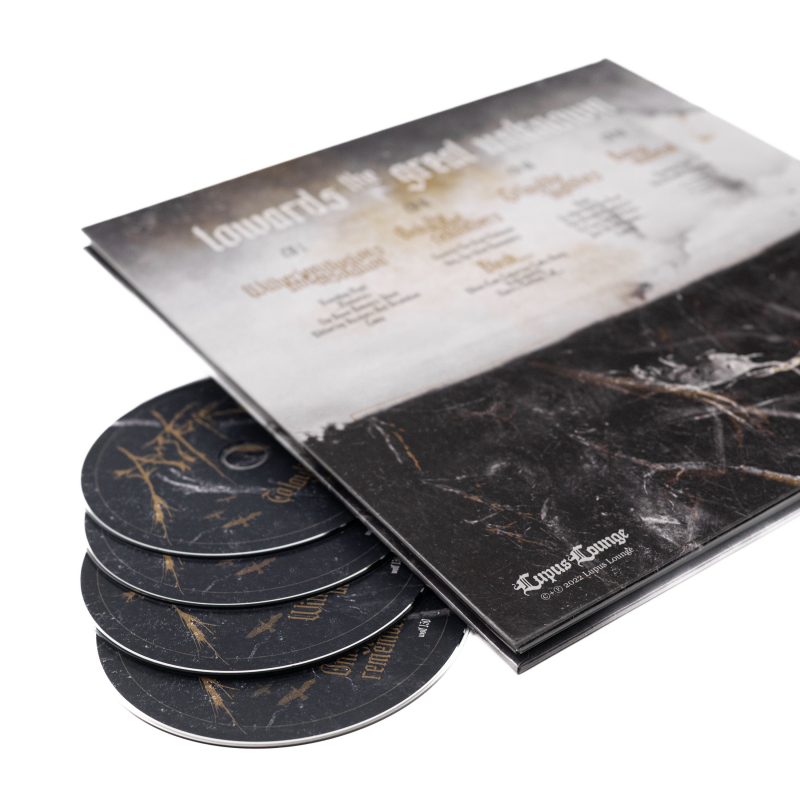 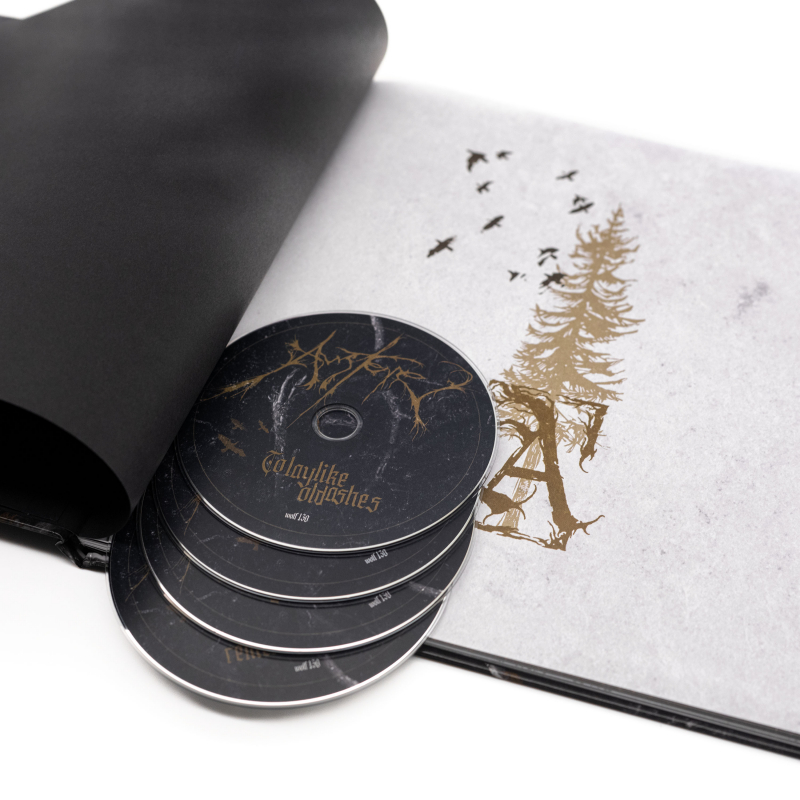 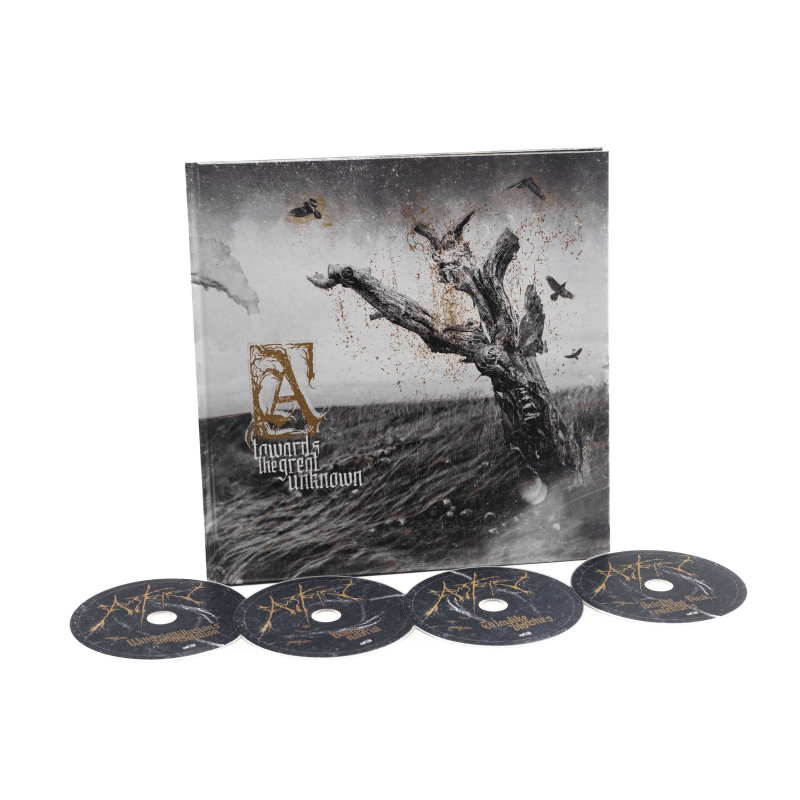 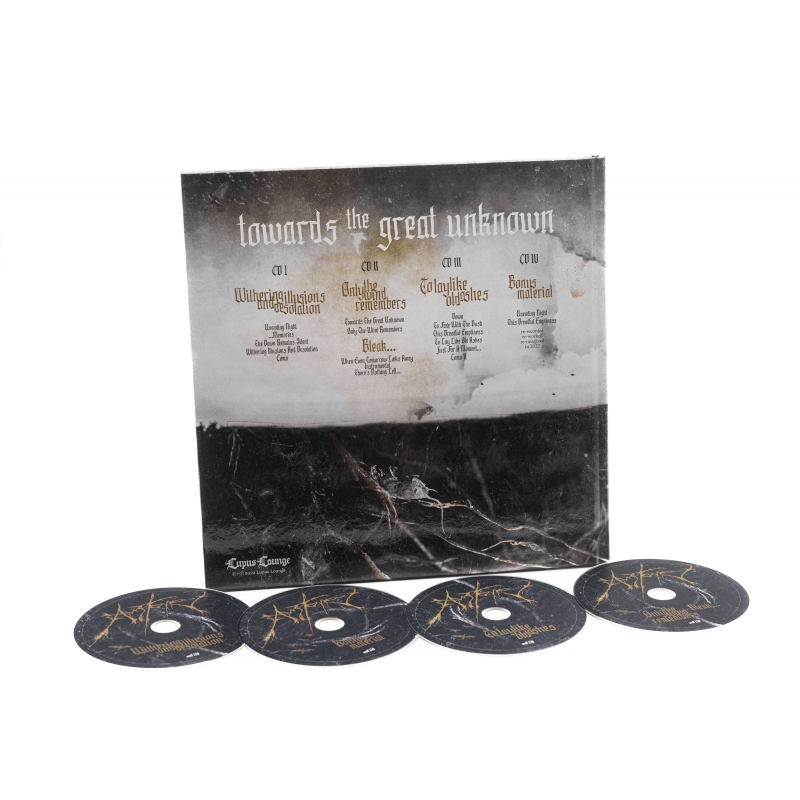 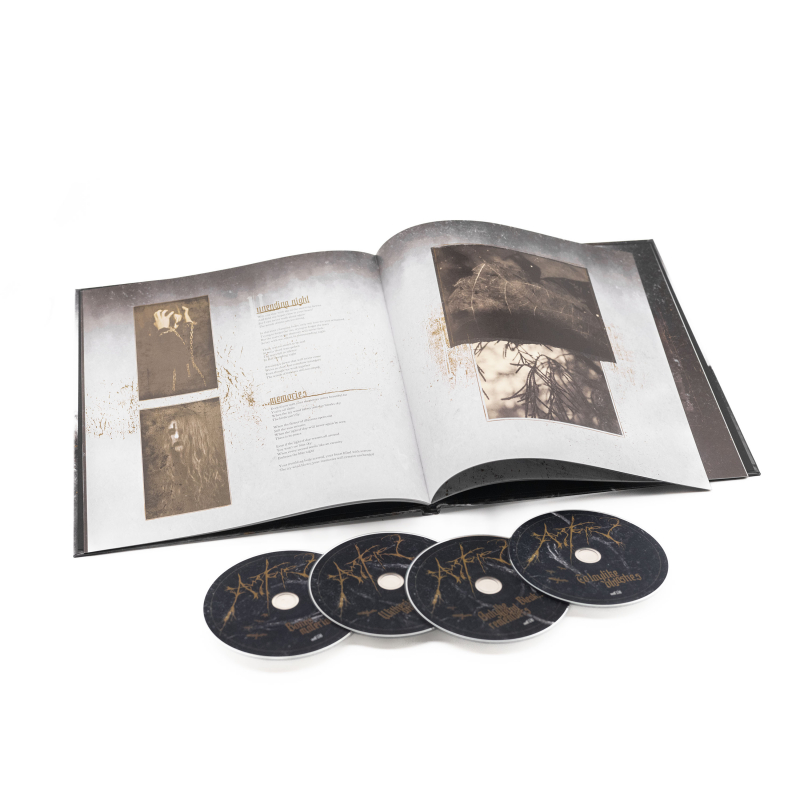 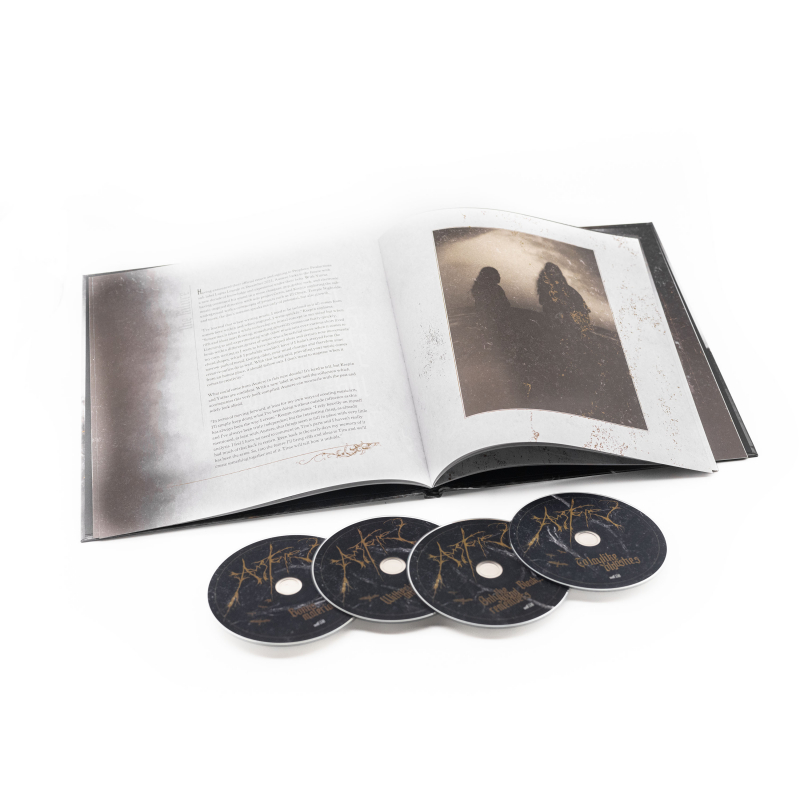 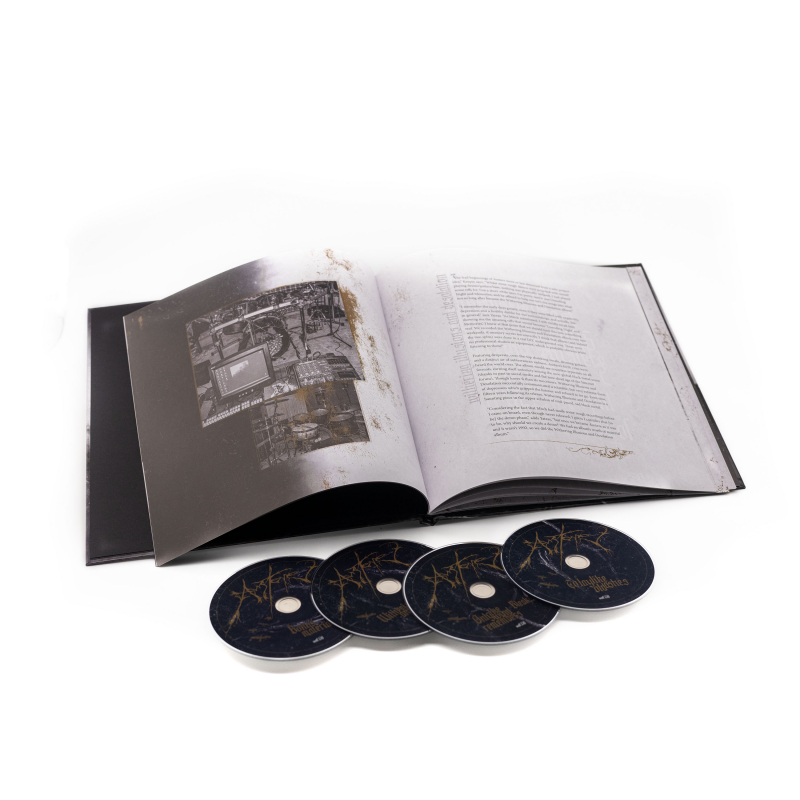 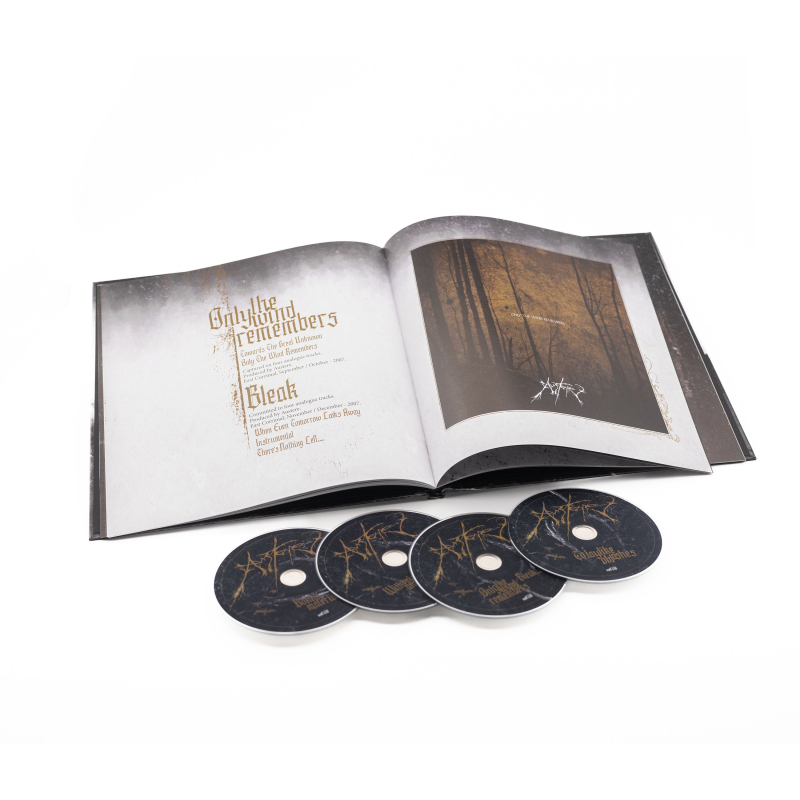 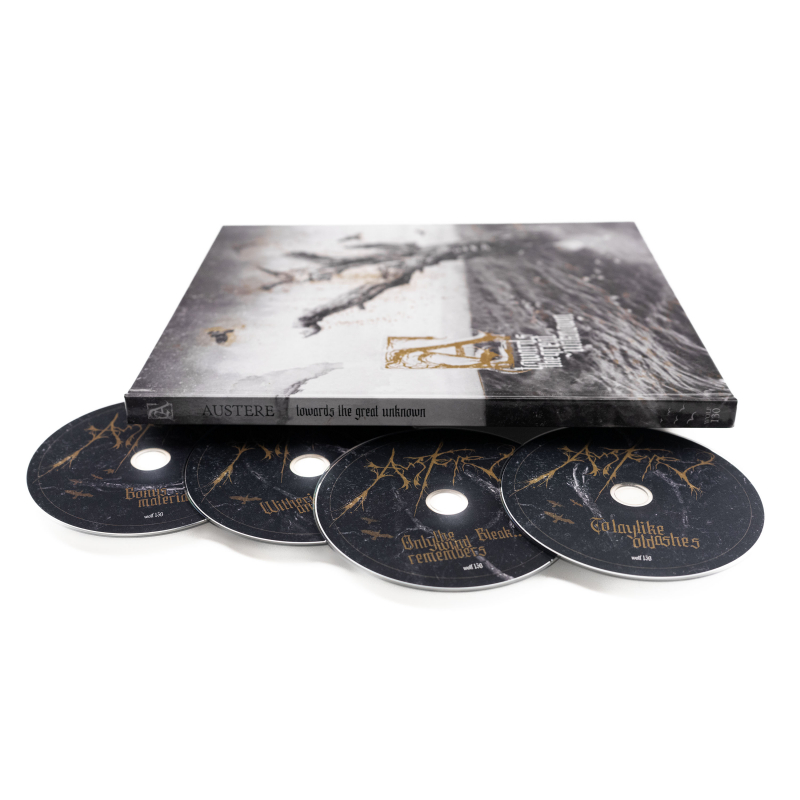 Before AUSTERE release their long-awaited third full-length, the veteran depressive black metal duo from Wollongong in Australia's east coast state New South Wales will offer their complete catalogue of cult recordings as an essential anthology. Entitled "Towards The Great Unknown", this must-have collection comes in the beautiful shape of a 36-page, 4CD artbook and will be released on August 26, 2022.

"Towards The Great Unknown" includes AUSTERE's debut album "Withering Illusions and Desolation" (2007), the band's contributions to the split-releases "Only the Wind Remembers / Ending the Circle of Life" (with LYRINX, 2008) and "Bleak..." (with ISOLATION, 2008) as well as the Australian's sophomore album "To Lay like Old Ashes" (2009). Previously unreleased material is added on a bonus CD that contains the two re-imagined tracks 'This Dreadful Emptiness' and 'Unending Night', which were produced by AUSTERE at Équinoxe Studios, Wollongong.

AUSTERE arose from an existing solo-project of multi-instrumentalist and singer Desolate alias Mitchell Keepin who joined forces with drummer, keyboard player, and vocalist Sorrow aka Tim Yatras in 2005. From the onset, the Australians started to explore their own path into a dark emotional sub-genre of harsh music that is often dubbed as depressive black metal, which had been originated by such bands as the Norwegians STRID and SILENCER.

Signature frost-bitten guitars, along with high-pitched screams and wails mark AUSTERE's debut album "Withering Illusions and Desolation" (2007). Those elements remain staples of the band via two well-regarded split-releases "Only the Wind Remembers / Ending the Circle of Life" (with LYRINX, 2008) and "Bleak..." (with ISOLATION, 2008) – AUSTERE's part on the former was reissued on the EP "Only the Wind Remembers" (2008). In 2009, their sophomore album "To Lay like Old Ashes" (2009) witnessed AUSTERE refining the production while keeping the sound raw as well as adding more melancholic moments and melodies.

Although the Australians had quickly attracted an equally loyal and substantial following during their first few years, AUSTERE decided to go on hiatus before resuming activities in 2021.