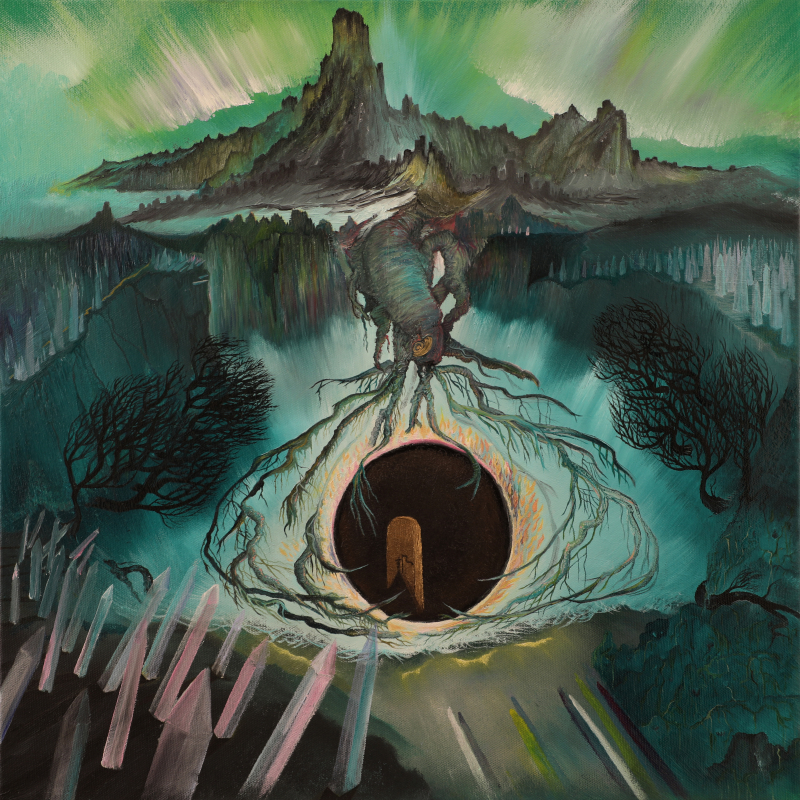 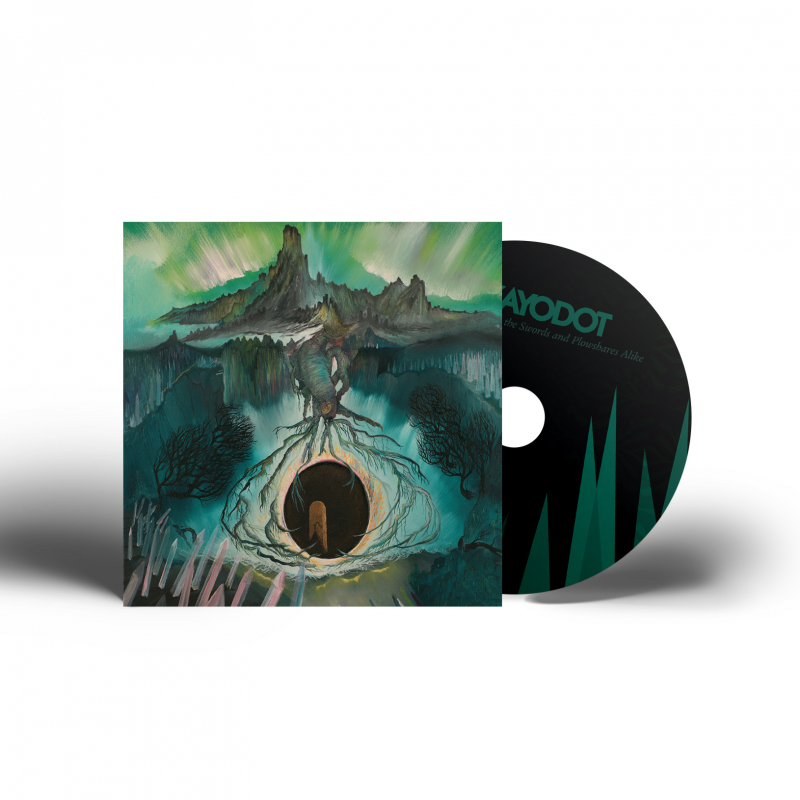 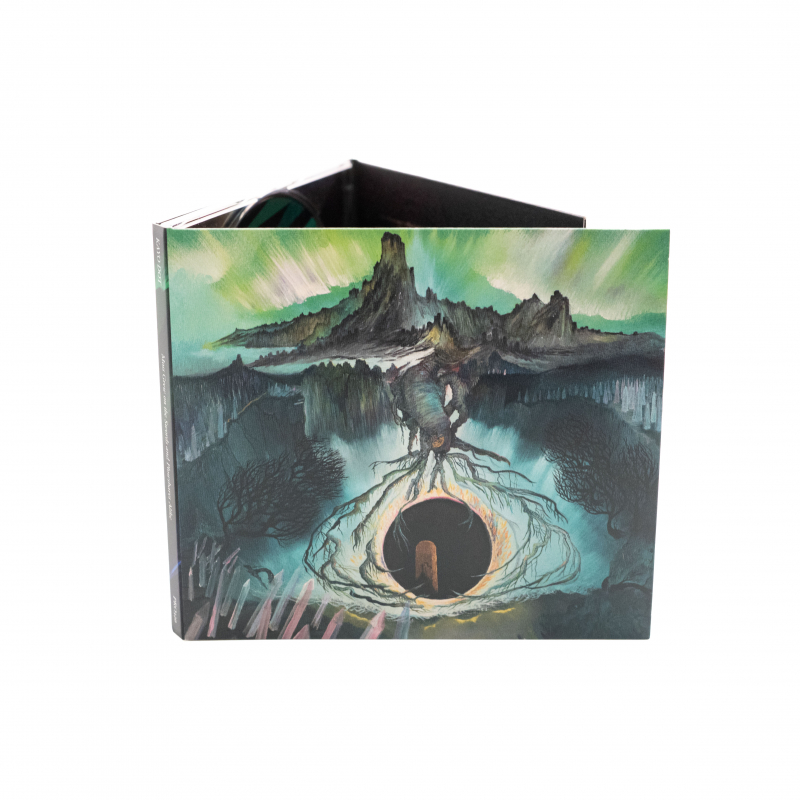 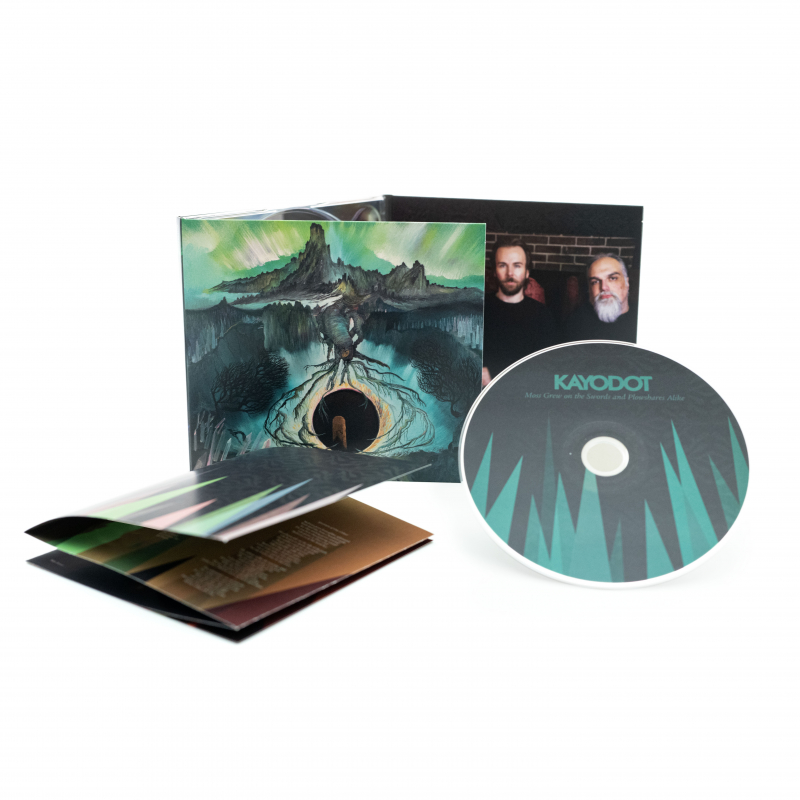 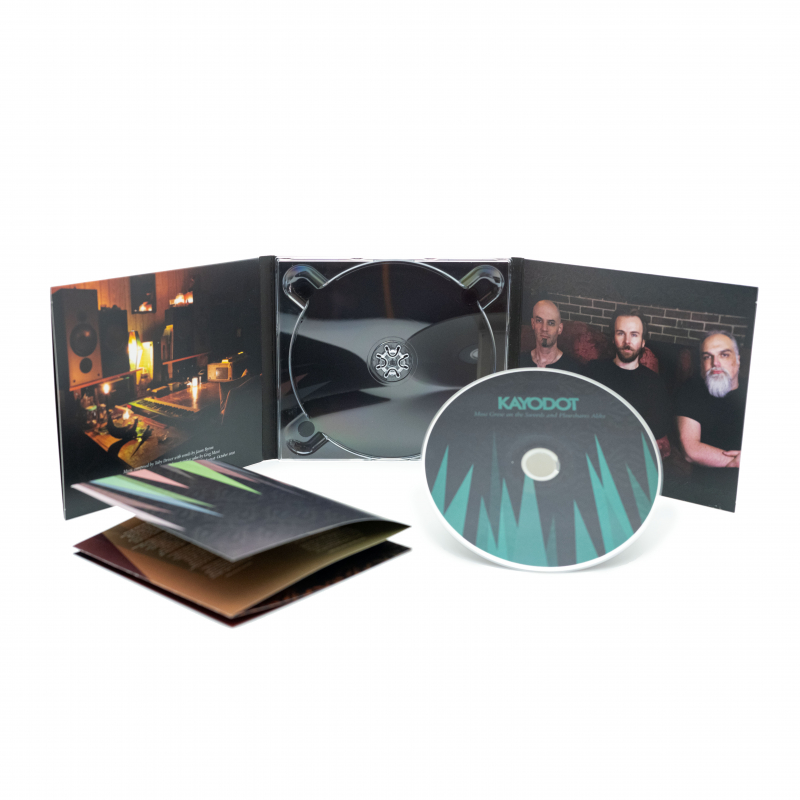 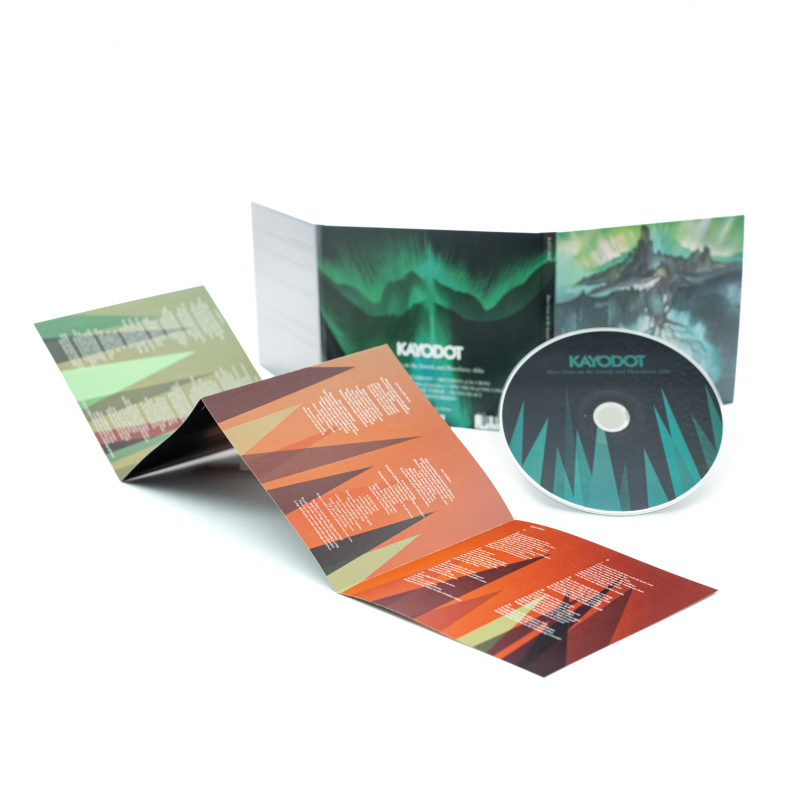 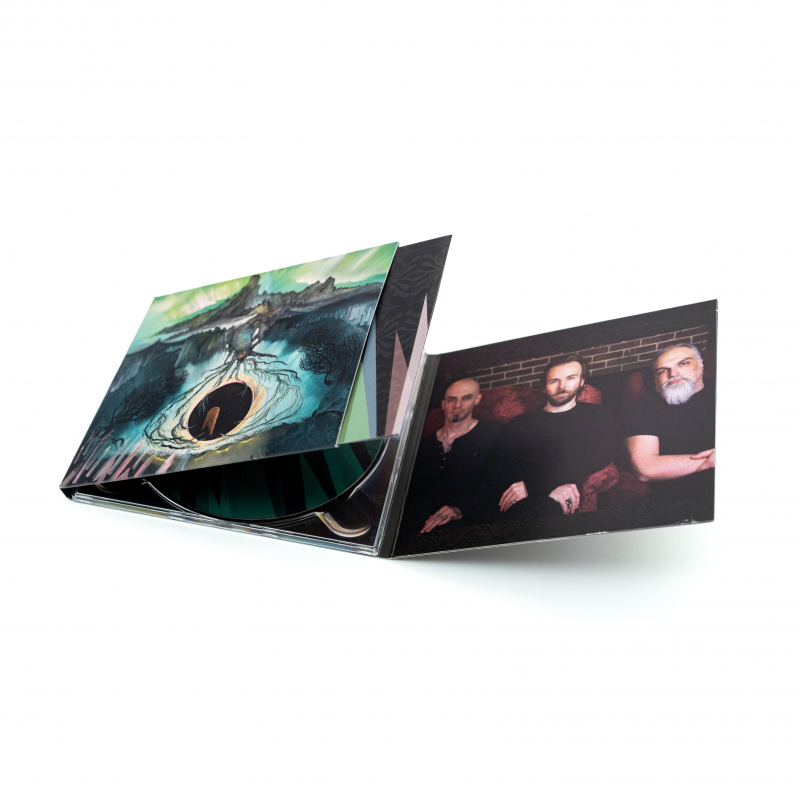 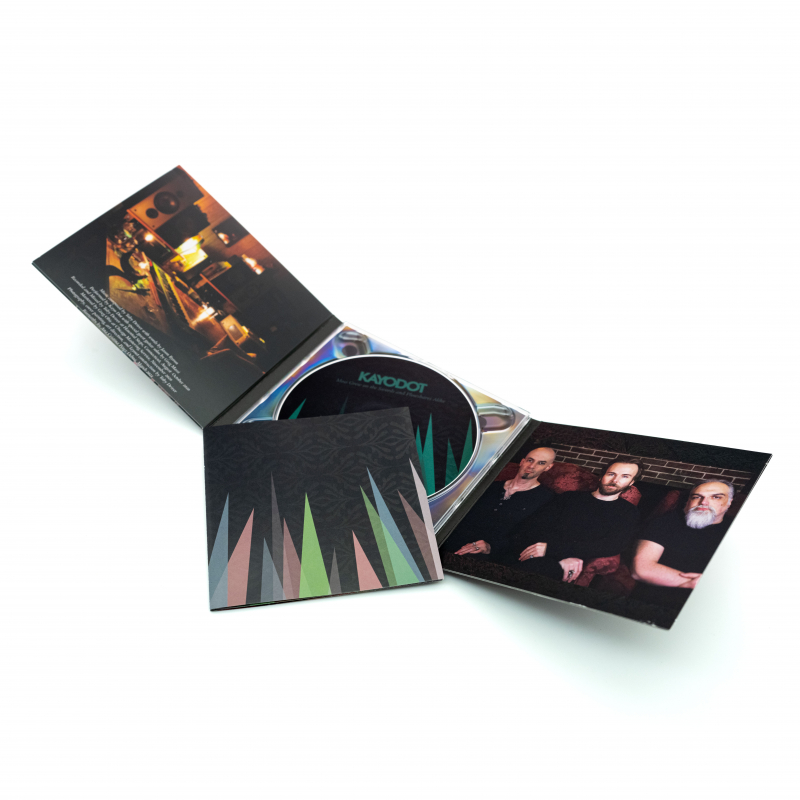 The stark frailty of the human condition is the overall theme running through the veins of KAYO DOT's 10th regular studio album "Moss Grew on the Swords and Plowshares Alike". In the sprawling, churning musical multiverse of mainly multi-instrumentalist Toby Driver's creation that has never accepted nor cared for any artificial borders of genre and incorporated for example rock, metal, classical music, goth, indie, pop, and jazzy structures, this avant-garde album appears to tilt towards a more harsh as well as heavy approach than on some of the previous recordings – and considering its dark and melancholic undertones may be given the epithet doom. Something of the pagan mind's cyclic vision of the world appears to have infected "Moss Grew on the Swords and Plowshares Alike". This album has been recorded with the original line-up of Toby Driver's previous band MAUDLIN OF THE WELL. He also recorded the new tracks in the same location as the very first MAUDLIN OF THE WELL tape. In a way, KAYO DOT are celebrating the 20th anniversary of the release of the landmark double album "Bath/Leaving Your Body Map" and the 25 years since MAUDLIN OF THE WELL's inception with "Moss Grew on the Swords and Plowshares Alike". After the split of much loved MAUDLIN OF THE WELL, charismatic frontman Toby Driver formed the avant-garde music project KAYO DOT as a new outlet for his burgeoning creativity in 2003. The multi-instrumentalist and singer remains the only absolute constant in this band, although there are frequent lyrical contributions from his former band-mate Jason Byron throughout the extensive discography. In the following 18 years, KAYO DOT released an impressive number of full-lengths, EPs, splits, and live recordings that are all marked by considerable stylistic differences and a wide array of instrumentation that included guitars, bass, drums, vibraphone, violin, synthesizers, flutes, clarinets and saxophone. Especially in progressive circles, KAYO DOT has become a household name and is supported by prestigious, forward thinking festivals such as Roadburn. With "Moss Grew on the Swords and Plowshares Alike", KAYO DOT deliver another beautiful and essential facet of their complex musical multiverse, although the album can easily stand on its own as a most impressive piece of dark avant-garde metal.

Tracklist:
1. The Knight Errant
2. Brethren of the Cross
3. Void in Virgo (The Nature of Sacrifice)
4. Spectrum of One Colour
5. Get out of the Tower
6. The Necklace
7. Epipsychidion