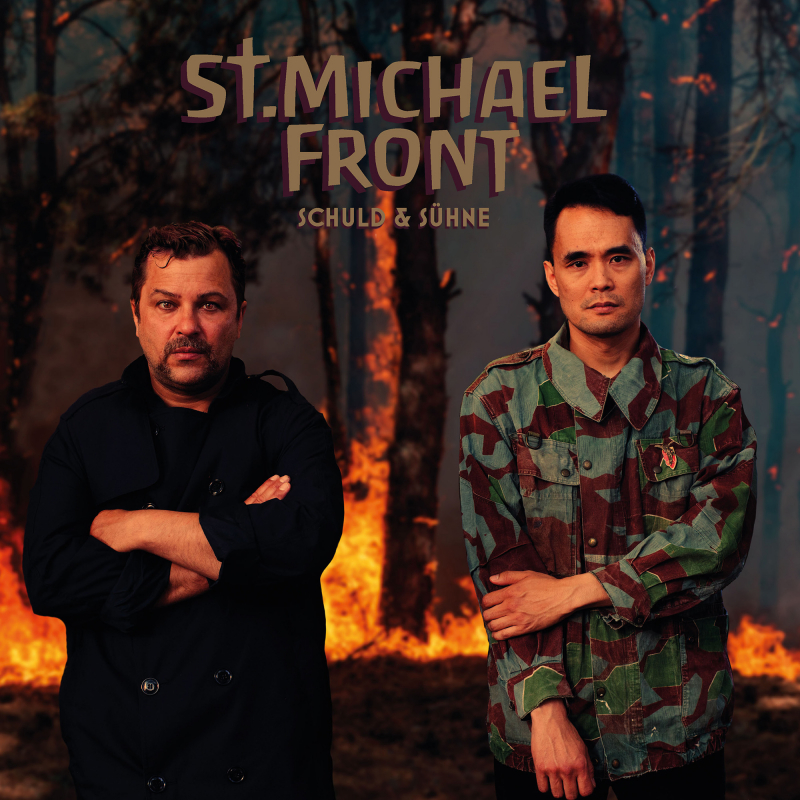 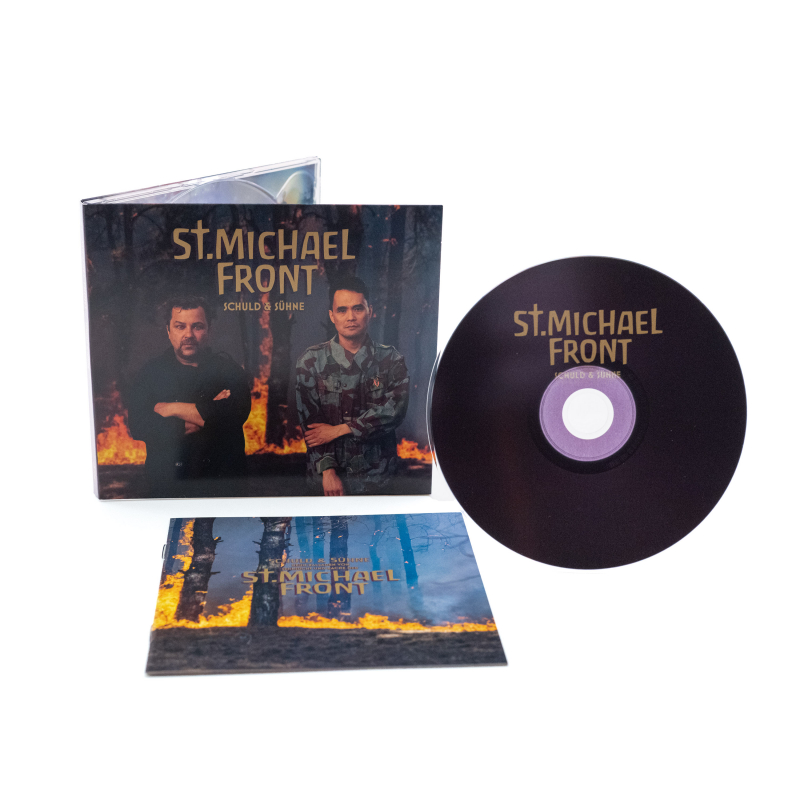 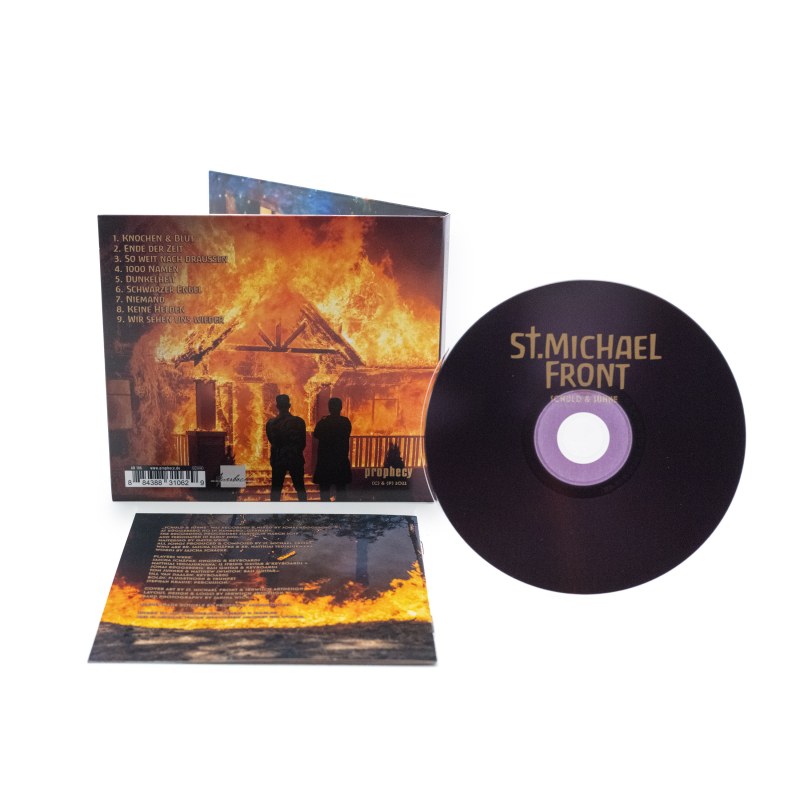 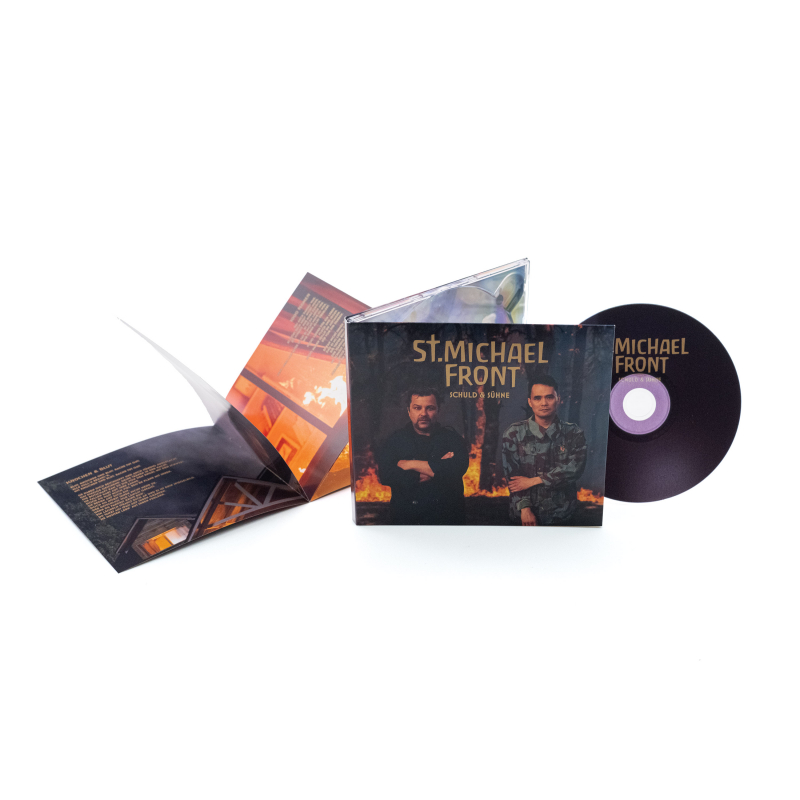 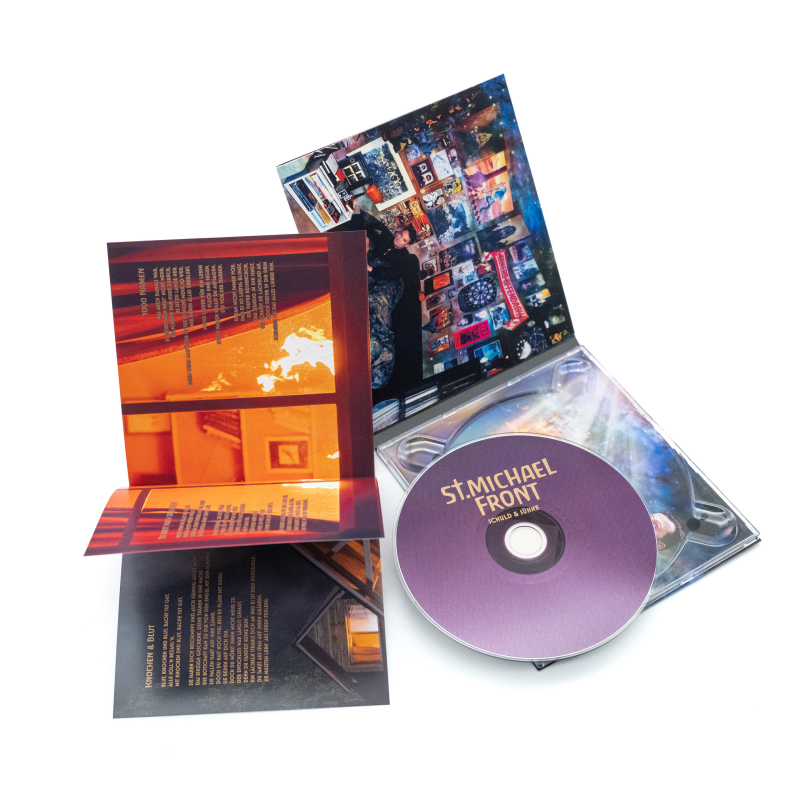 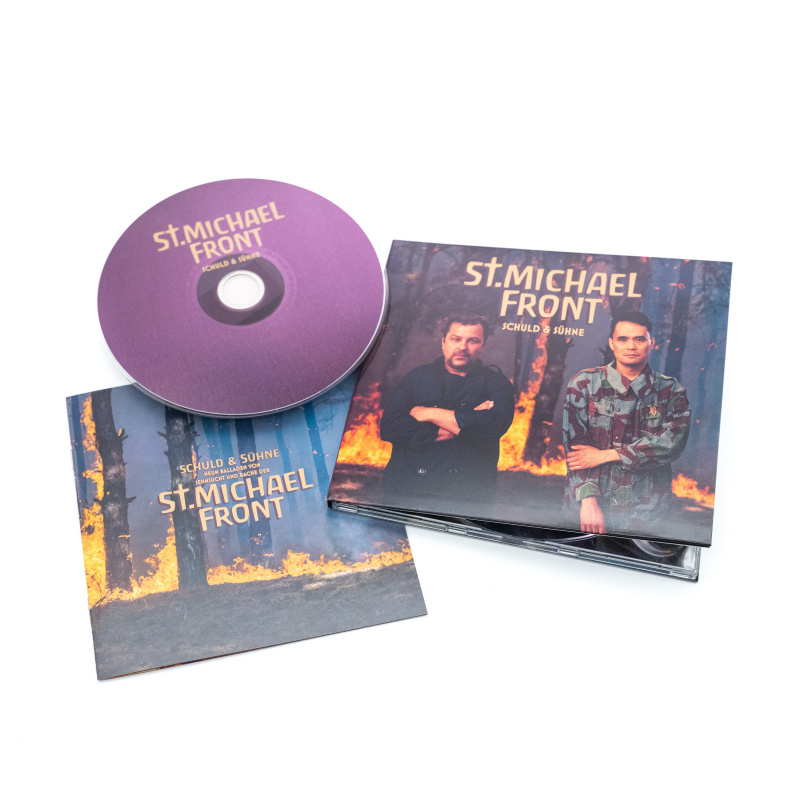 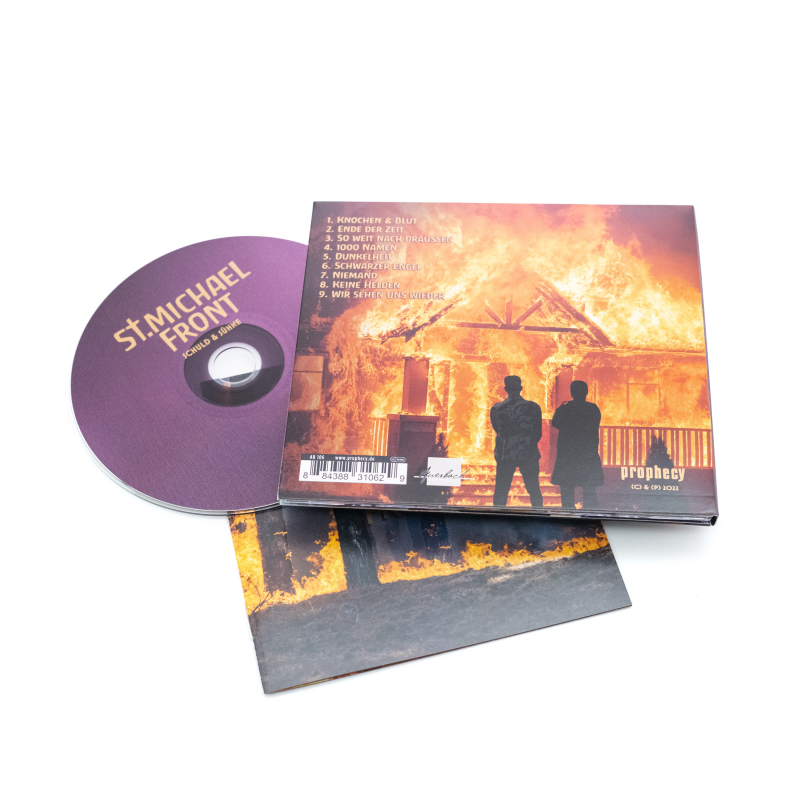 Madness reigns where ST. MICHAEL FRONT tread: The duo from Hamburg, Germany does not give a damn either about artistic boundaries or musical taboos, but happily combines chanson and Schlager, neofolk, pop, and soundtrack with audible relish. On their sophomore album entitled "Schuld & Sühne" ("Crime & Punishment"), which for the first time is written entirely in their mother-tongue, the two Northern Germans alchemically distil campfire romance, wanderlust, greed and love, melancholy, a thirst for revenge, and apocalyptic anger into pure gold.

ST. MICHAEL FRONT got off to a flying start with their first album, 'End of Ahriman', even though the duo never stuck to any "rules". Having grown out of many years of friendship and studying at the same art academy gave the two musicians the confidence to ignore music industry’s templates. The result catapulted their song 'Once' to the top of the charts of German station RADIOEINS for 6 long weeks and put the duo into the focus of a wide range of media outlets from newspapers to podcasts.

ST. MICHAEL FRONT have characterised 'End of Ahriman' as a mix of dark folk, OLIVER ONIONS, THE WHO, and RICHARD WAGNER. Their jaw-dropping sound experiments on the debut full-length were accompanied by tongue-in-cheek English language lyrics. Their preoccupation with esoteric themes that they ironically deconstructed sure hit the zeitgeist. In the meantime, the Hamburgians have decided to switch to their mother tongue in order to write even deeper and more intricate and multi-layered lyrics that dissect the everyday madness of a world gone increasingly crazy with sharp precision.

With "Schuld & Sühne", ST. MICHAEL FRONT unleash a personal soundtrack to society’s mental apocalypse of today. Sometimes acidic, sometimes wonderfully schmaltzy, but always straight to the point, this album will find its way – wherever it will land on the shelves tagged as "dark chanson", "apocalypso pop" or with any other style designation.