St. Michael Front - The Beginning and the End of Ahriman Book 2-CD 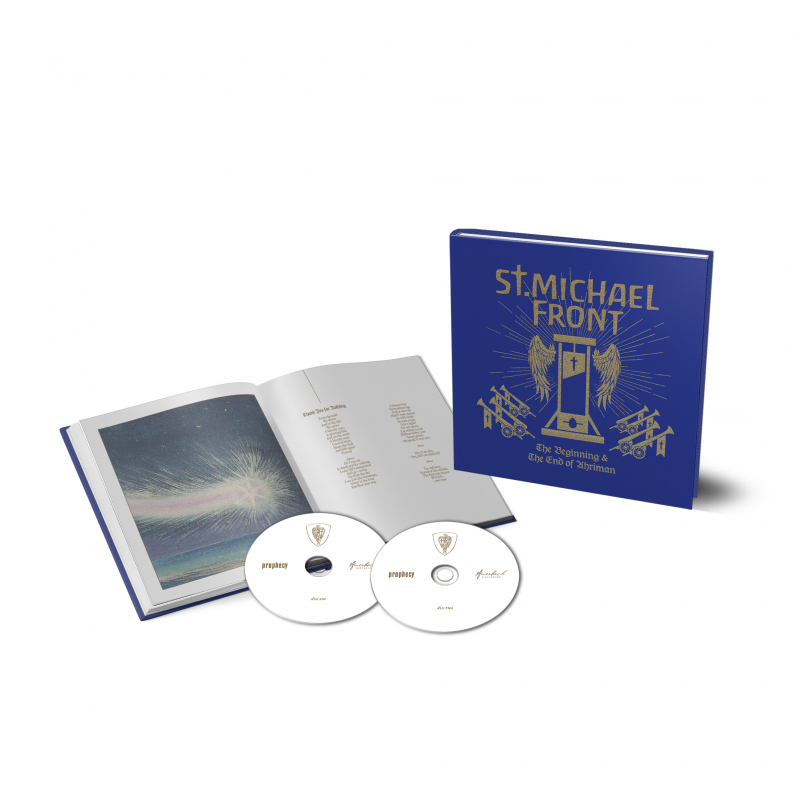 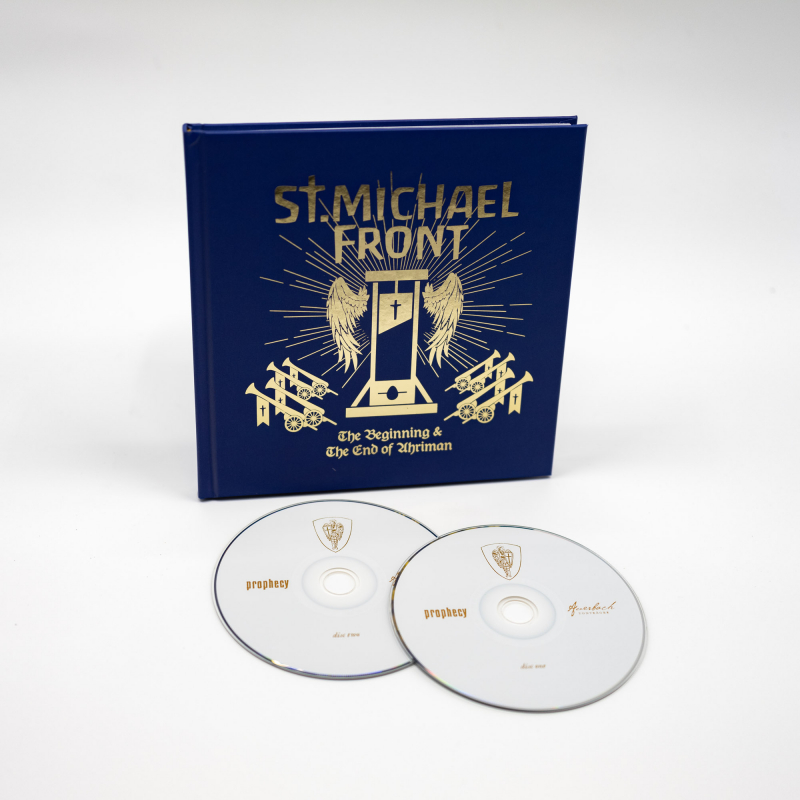 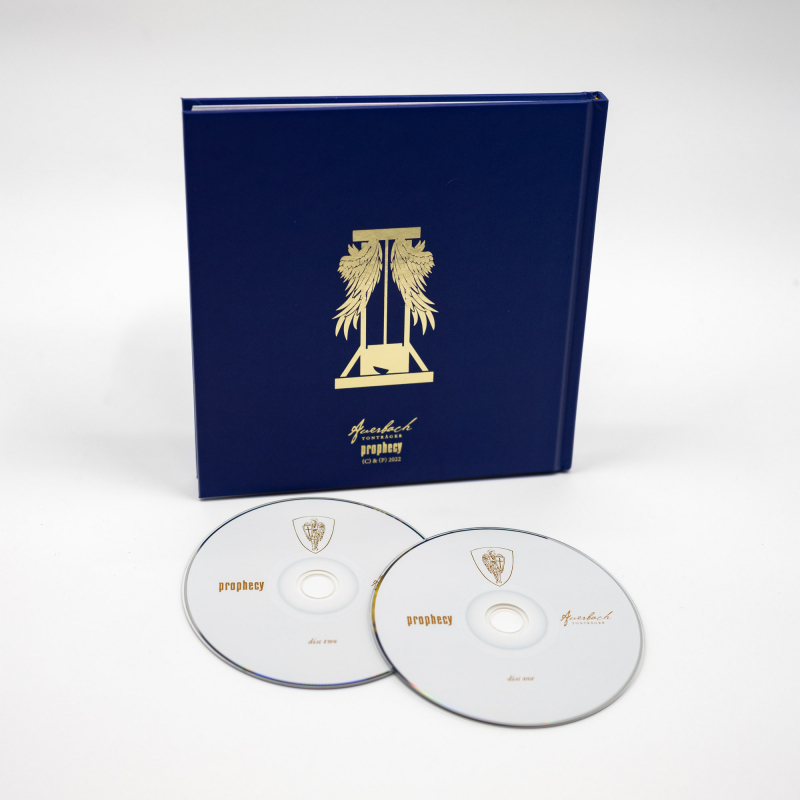 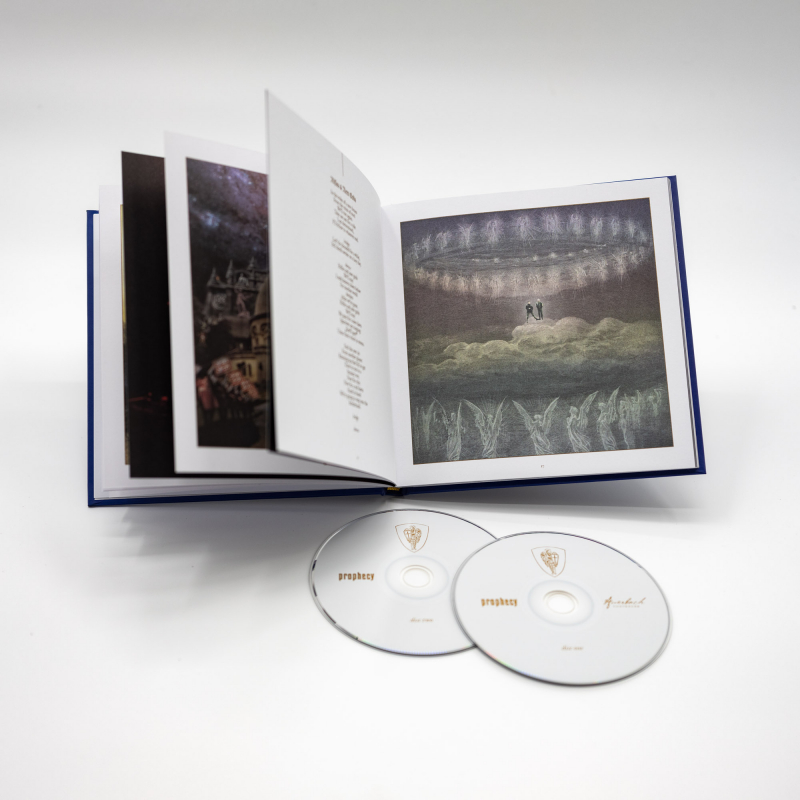 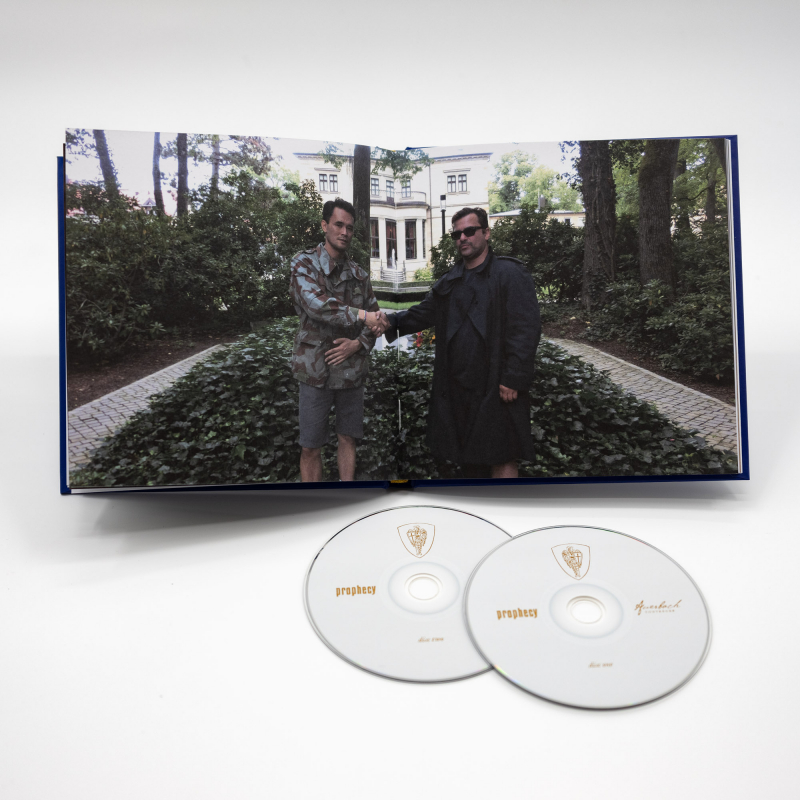 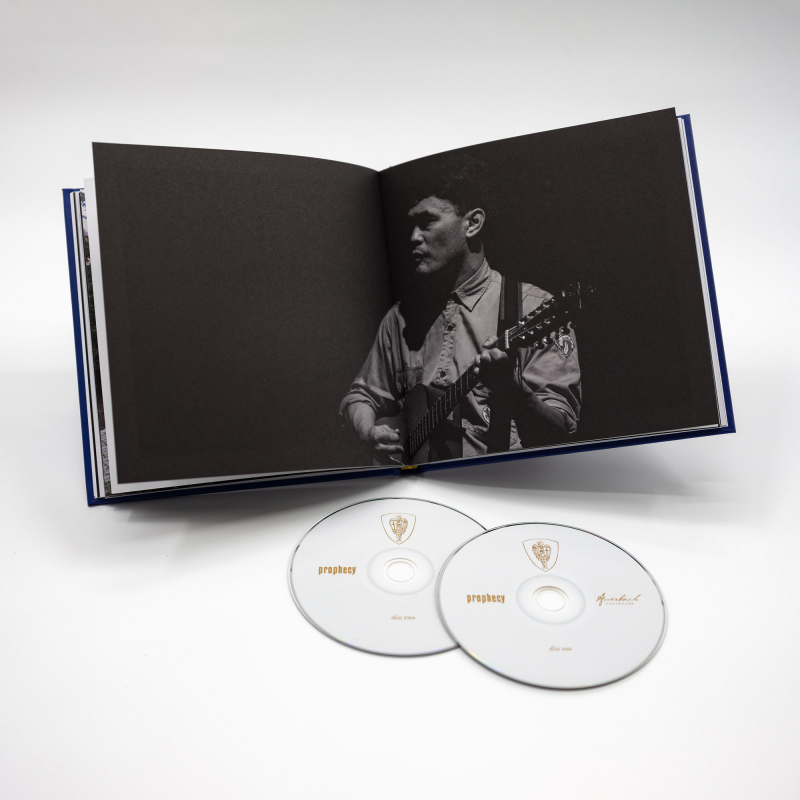 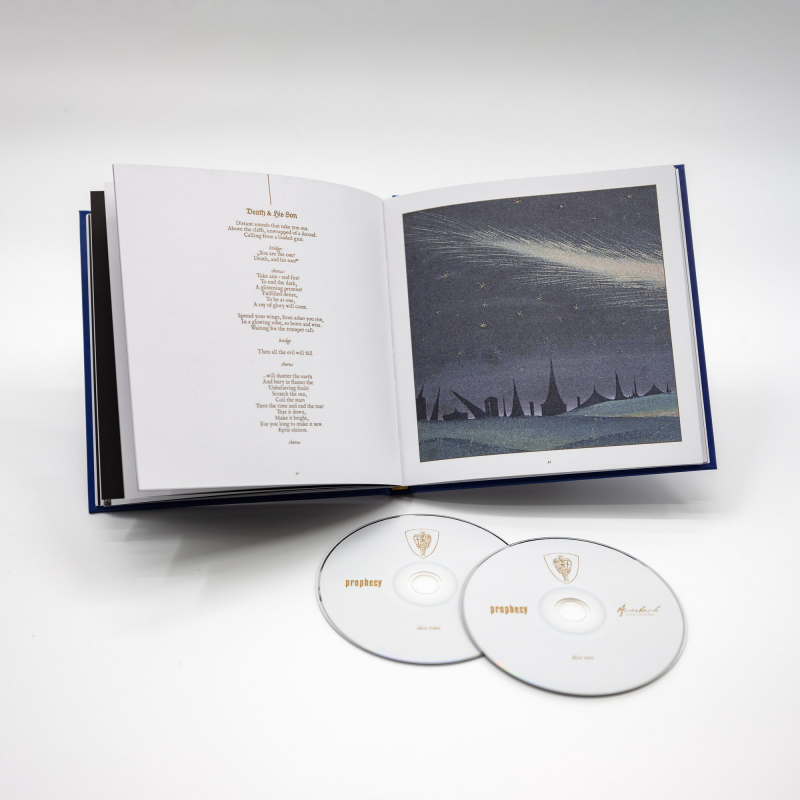 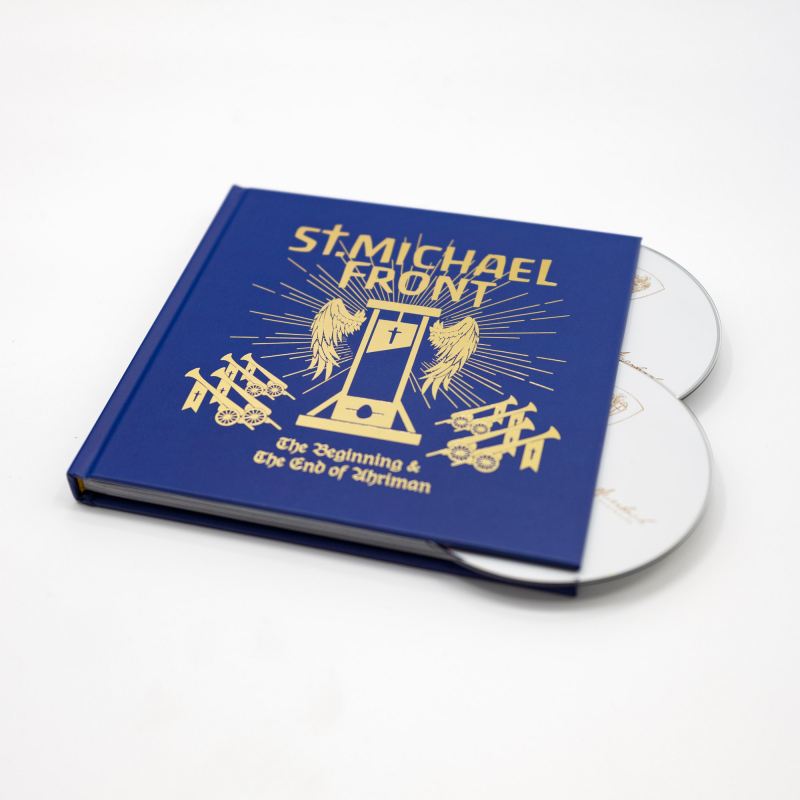 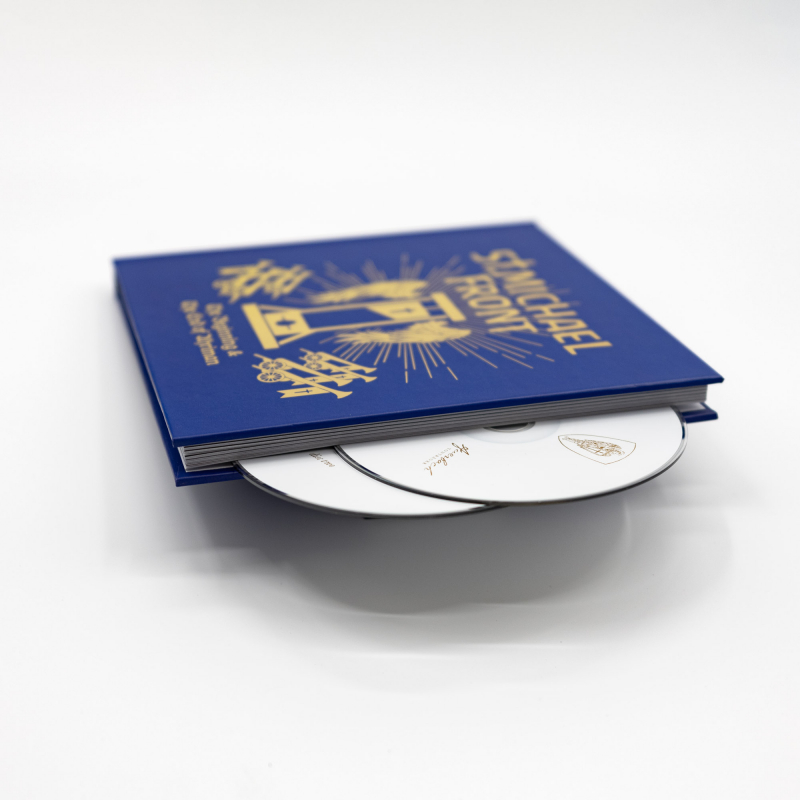 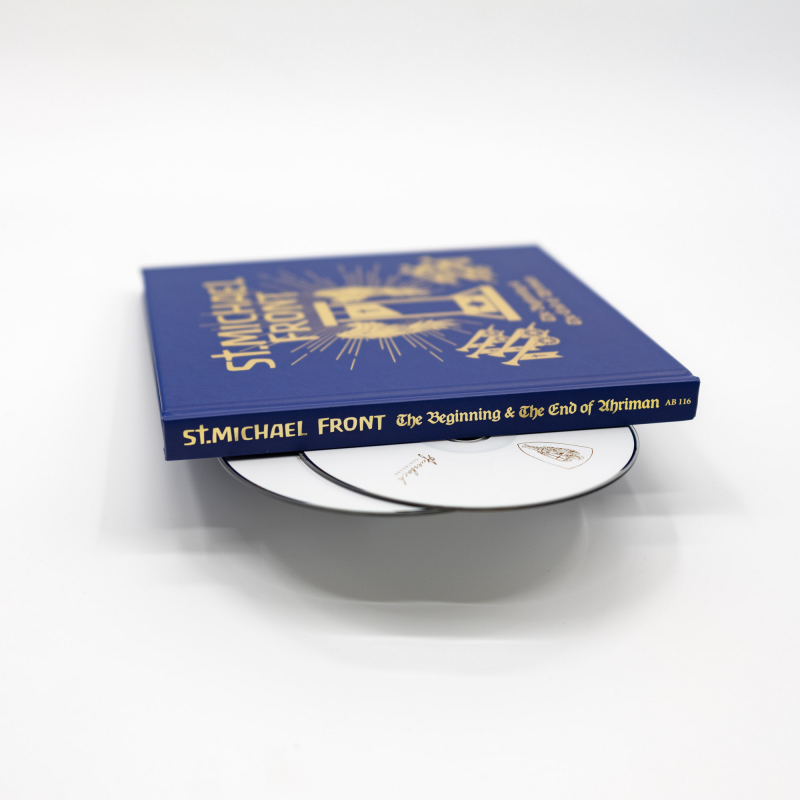 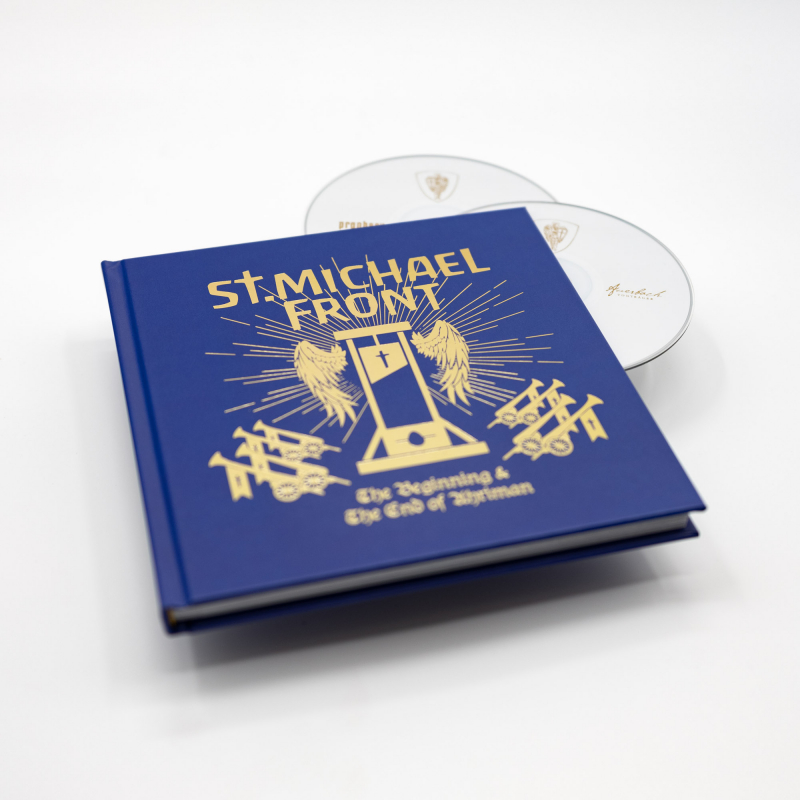 Parallel to the release of their new album "Schuld & Sühne", Hamburg based duo ST. MICHAEL FRONT reissue their trailblazing debut in an ultimate collector's edition: "The Beginning & the End of Ahriman" will be published as a 72-page hardcover artbook with numerous photographs, artwork, and all lyrics. In addition to the regular CD containing the full album "End of Ahriman" from 2018, the book comes with a second CD featuring two exclusive versions of songs from the "In the Wake of a New Dream" EP (2016) and eight previously unreleased tracks – the song 'Sad King', five instrumentals, and two remixes.
ST. MICHAEL FRONT have enjoyed a lightning start in their native Germany. The two former art students, Bruder Matthias and Bruder Sascha probably did not expect such an overwhelming reception for their debut full-length that happily combined Honolulu-Schlager, dark pop, and neofolk to a firework of catchy tunes and cunning, tongue-in-cheek esoteric lyrics. "End of Ahriman" stormed the charts of German station RADIOEINS Charts with the song 'Once' and remained in the pole position for six weeks. Invitations to prestigious cult festivals such as Wave Gotik Treffen in Leipzig and House of the Holy in Austria's mountains followed suit as well as glowing reviews and attention in German mainstream media.
"The Beginning & the End of Ahriman" now offers the excellent opportunity to rediscover the early English-language phase of ST. MICHAEL FRONT in its entirety via this beautiful deluxe edition!